10 Great Things To Do in Cologne Germany 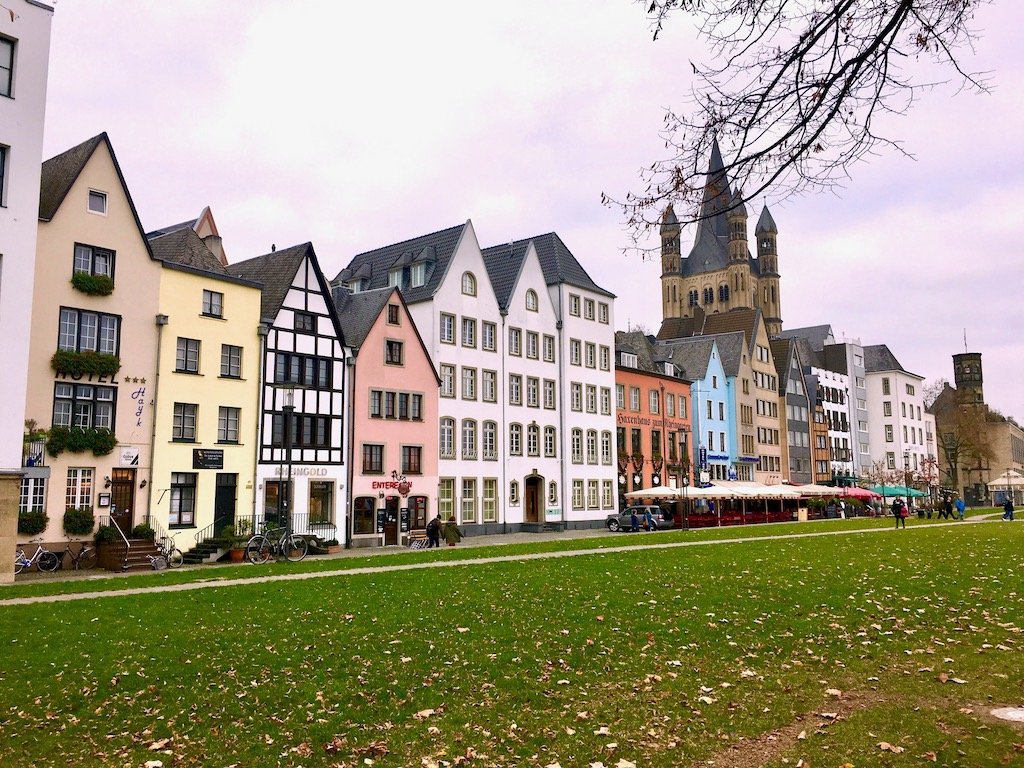 Cologne is a unique German city that rose like a phoenix from the ashes after bombing raids in WW2. It picked itself off, dusted itself off and started all over again. Years later, it is a city that delights visitors from near and far with its Gothic Cathedral, cool neighbourhoods like the Belgium Quarter and unmissable landmarks as listed below.

It hasn’t got the fairytale appeal that other German towns such as Heidelburg or Trier display, but what it doesn’t have in cuteness it makes up for with its art galleries, quirky cafe culture and of course, its Magical Christmas Markets, often voted as some of the best in the world.

Cologne has a great tram and bus network, which makes it easy to navigate the city. A good idea is to purchase a Cologne Welcome Card that offers free public transport in the city and discounts at many landmark sites.

Whether you decide to visit for a day from elsewhere in Germany or book into one of the city’s plush hotels such as the five-star Excelsior Hotel and spend longer, you will have plenty of cool and unmissable things to see and do in Cologne.

Visit the Tomb of The Three Kings in Cologne Cathedral #1

Cologne Cathedral is #1 on your list of things you must see in Cologne for a good reason. It is a true landmark of the city and is the only building to remain standing in WW2 while the rest of the city was destroyed in bomb raids. Its turrets, blackened by sulphuric rain, loom above the city, visible from all around.

Step inside and discover the Three Kings’ shrine, traditionally believed to hold the bones of the Magi. The Kings of Gold, Frankincense and Myrhh fame. The world’s largest church bell weighing 24 tonnes can be found in the belfry of Cologne Cathedral.

Light a candle and remember a loved one or spend some time in silent contemplation inside this World Heritage Site, one of the oldest and most important pilgrimage sites of Northern Europe.

If you fancy being a bit more active and have a head for heights, then climb the 533 steps of the Cathedral’s southern tower and enjoy the best view in Cologne from a height of 97 metres. However, remember, after you have enjoyed the vista of Cologne and the River Rhine, you will have to walk all the way back down again because there is no lift!

So no doubt, this will be on everyone’s itinerary; after all, who can resist chocolate? Set next to the River Rhine, the Lindt Chocolate Factory will show you the cacao bean journey from field to mouth. This interactive museum will allow you to discover how chocolate is crafted and how it could eventually be worth its weight in gold!

Follow the aroma of melted chocolate, and you will arrive at a giant chocolate fountain complete with a chocolate maestro stirring the thick velvet liquid. Hang around and smile sweetly and he will give you a few Lindt chocolates (which happen to be my favourite), then head up to the cafeteria.

Delve into the chocolate menu and choose your favourite – be warned, you may want to order one of everything, not a good idea unless you intend on returning to your hotel to sleep off the sugar coma! I chose the signature hot chocolate with marshmallows, cream and chocolate on top, pure ecstasy.  Oh, and I had a chocolate and banana waffle as well (that was one step too far), so take heed!

Check out the Colourful Buildings in Cologne’s Old Town #3

Cologne’s old town is the historic centre of Cologne. Walking along its cobbled streets will lead you to traditional coloured houses standing in the shadow of the Romanesque church of St Martin, a monument that had been damaged and rebuilt after the war.

Pinks, blues and yellows bring a splattering of colour to the area, and with its cute restaurants, cafes and traditional craft shops, it is a great place to relax with a Kolsch beer.

Head for the water and sail down the Rhine River, discovering the landmark sights of Cologne. Opt for a Rhine River cruise either in the day or a more romantic one in the evening to watch the illuminated city from the comfort of your boat.

Join a Walking Tour of Cologne #5

See if you can spot the animal enclosures at the Cologne Zoo or guests bathing in the Claudius Thermal Spa as you soar from one side of the Rhine River to the other aboard Cologne’s cable car.

Combine a trip to Cologne’s magnificent Botanical Garden or enjoy the superb views as you soar high above the treetops. One-way tickets are available so that you can walk back along the pretty riverbank or buy a return ticket and stay in your gondola and enjoy the journey all over again.

If you are a regular to Where Angie Wanders you will know I love European street art. Of course, a visit to the hip district of Ehrenfeld with its dynamic street art and quirky coffee shops is on my list of the unmissable things you have to do in Cologne. Hop on a train from Cologne (Koln) central station, and within 10 minutes, you will be in the neighbourhood of Ehrenfeld.

As soon as you leave the station, you will see wall-to-wall murals, which are fantastic. Take your time and wander around the town, and you will notice many more amazing pieces of street art. 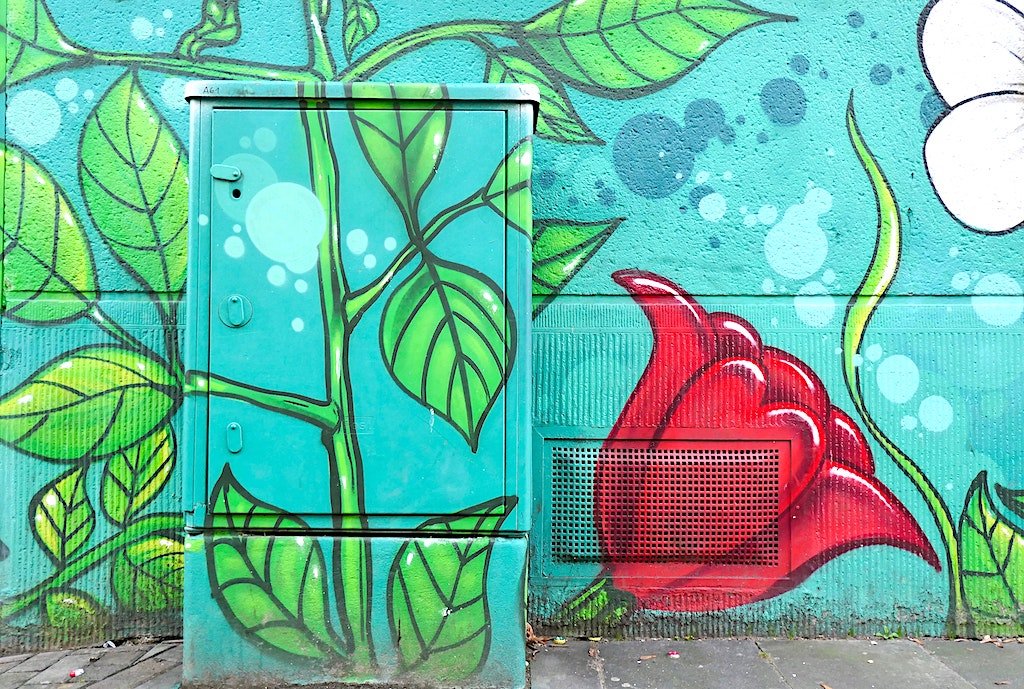 Eat schnitzel and drink Kolsh at a traditional Bavarian restaurant #8

There are 5 awesome foods to try in Cologne. Himmel un Aad (black pudding, fried onions, and mashed potato with apple sauce), Mettbrochen (minced raw pork sandwich), Schnitzel(breaded meat), Leberwurst (liver sausage) and Schweinshaxa (crispy pork knuckle), which of course, must be washed down by the best drink in cologne which is Kölsch beer.

With so many traditional restaurants to choose from, you will be spoilt for choice but check out TripAdvisor’s recommendations for the Best German Food Restaurants in Cologne.

I would add a cautionary word of advice that I personally didn’t receive a warm welcome in the restaurants I ate in once I spoke in English! You should be prepared for the possibility of an abrupt welcome if you don’t speak native German. I felt a little underwhelmed by this attitude as it is the first time I have felt “unwanted” in any European city. Regardless to say, I still thought Cologne as a whole was a wonderful city and would not let this put you off. Everyone has different experiences when travelling.

Book a Tour of the City on Wheels #9

Check Out 15 of the Best Christmas Markets in Germany

If you have planned your trip to spend Christmas in Cologne to coincide with the season of goodwill, then you are in for a treat. With seven Christmas markets to choose from, it is considered that Cologne has some of the best Christmas Markets in Europe. The best Christmas German food such as apple schnitzel, stollen and gluhwein can be found at the markets and believe me with so many markets to discover in Cologne you will be able to try every moreish thing that is on offer (and there’s a lot). Make sure you get your souvenir Christmas cup when you order your Gluhwein (spiced red wine).

The best Christmas markets are located around Cologne’s centre, by the cathedral, the Alter Markt, the Neumarkt and Rudolfplatz.  Another smaller market, Stadtgarten, is located within Cologne’s oldest park and is a place where many of the locals meet to eat and drink traditional yuletide fayre. There is also one by the harbour (next to the chocolate factory). They are extremely popular and see millions of visitors attending each Christmas. 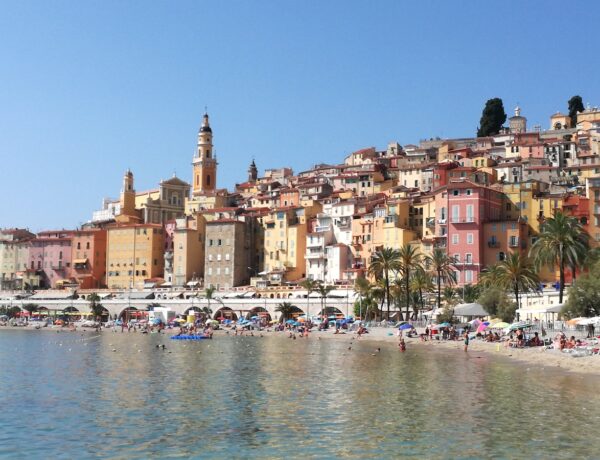 16 Most Beautiful Towns and Villages in the South of France 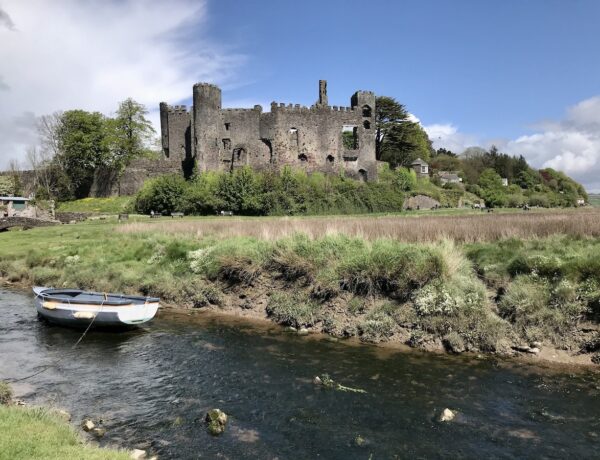 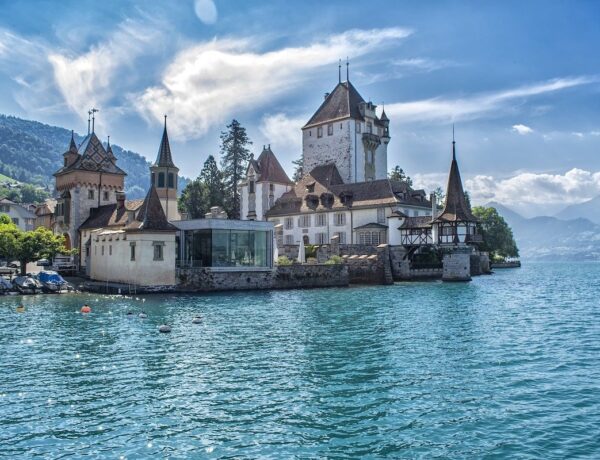 5 Most Beautiful Castles to Visit on Lake Thun, Switzerland

10 Fun Things to do in Beaune, France - The Wine Capital of Burgundy

The Most Incredible Lion Encounter in South Africa