A trip on the Belmond British Pullman train, part of the Venice Simplon Orient-Express brand had been on my bucket list for a while, and I was finally getting the opportunity to travel on it as a treat to celebrate my wedding anniversary.

What visions do you summon up when the word Orient-Express is mentioned to you. Agatha Christie will no doubt be high on the list followed by 1920’s splendour, fine dining and impeccable service. All this was making me even more excited for an unforgettable train journey through the British countryside.

Of course, this is the Belmond British Pullman which is a separate element of the Orient-Express. A brand that is synonymous with luxury travel. The Pullman remains in the UK, unlike the Venice-Simplon that makes its way through France and on to Italy. Our day trip would take us from London to Bath and offer us breakfast, lunch and afternoon tea.

Embarkation of the Belmond British Pullman

We headed over to the designated platform to watch this vintage Pullman arrive at Victoria station. As the train pulled in, we had time to take photographs of this iconic train before embarking.

Our dining carriage was called “Gwen” which was very poignant as it was the name of my late mother-in-law. All carriages have different names and plaques give information about each one.

Phoenix was the favourite carriage of the Queen and Queen Mother and has transported visiting heads of state. Lydia carriage famously carried Winston Churchill’s family attached to the luggage carriage that transported his coffin from London to Handborough as part of his funeral arrangements. 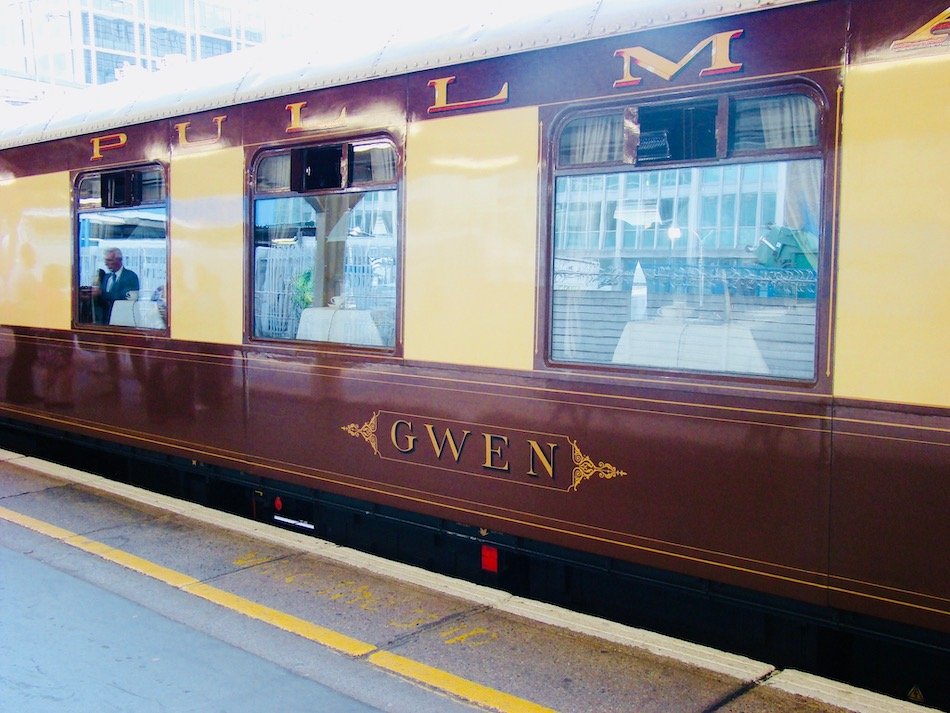 Once aboard the Belmond British Pullman, you will have time before breakfast to have a look around the lovingly restored 1920s carriages and discover the history of this iconic train.

Breakfast brunch is served quite soon into the journey to keep early morning rumbling tummies at bay. Expect silver service with fine china and silver cutlery and delights such as eggs, smoked salmon, fresh fruits, pastries and preserves, coffee and of course, peach Bellinis! 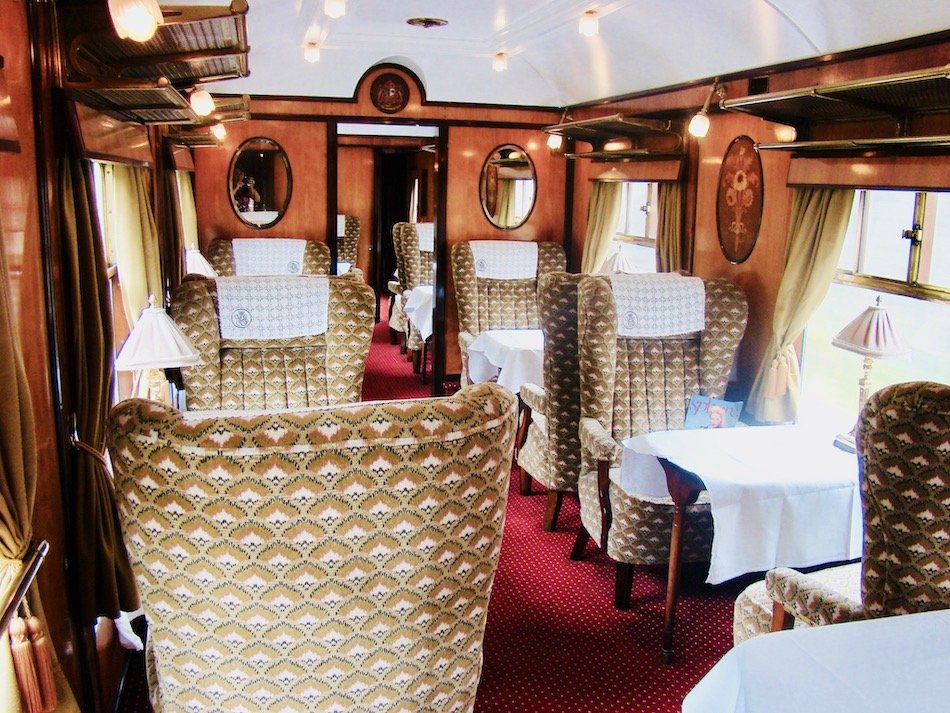 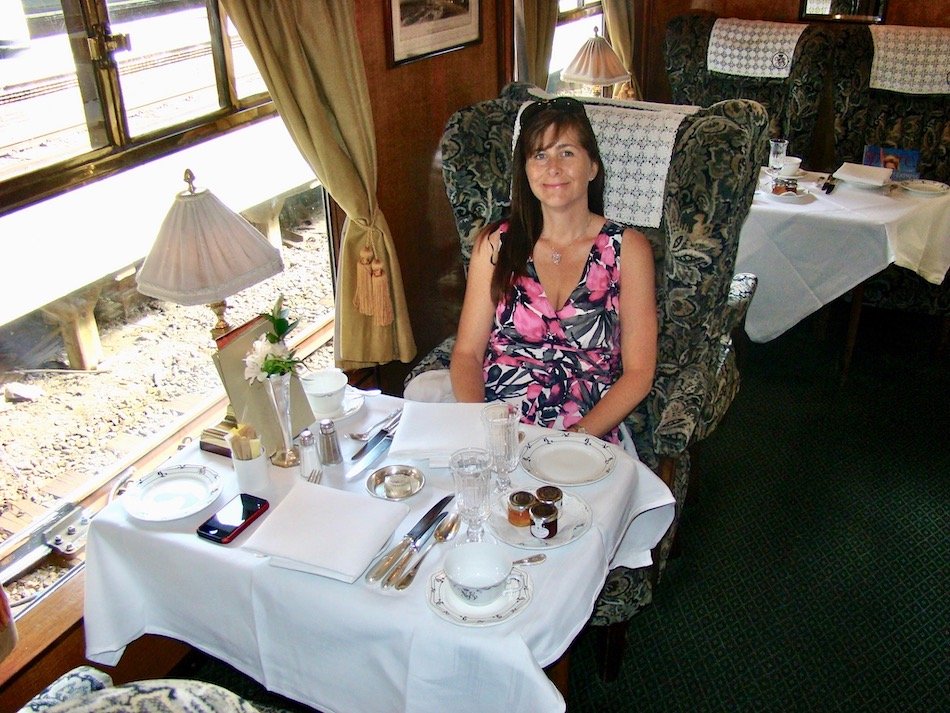 A Tour of Bath

On arrival at Bath, a city coach tour was part of the Belmond package. Instead, we chose to wander around and see the best of Bath’s Georgian architecture and historic landmarks on our own. Bath is a delightful city with an ancient heritage but also a vibrant modern culture. There was plenty of things to do and see in Bath. The famous Roman Spa and Pump Rooms, Bath Abbey and Pulteney Bridge, are just a few of the main sights in Bath.

Bath became a spa city in 60 AD when the Romans built baths and a temple in the valley of the River Avon. The water originates from the rain that runs down the nearby Mendip Hills and which is naturally heated underground. The spa waters then rise, under pressure, to the surface where they appear in the Roman spa baths.

Ancient spa baths are the main attraction in Bath with tours usually at the top of most lists of things to do in Bath. Enjoy afternoon tea and taste the thermal waters in The Pump Room, adjacent to the baths, for an experience to remember. Or you can head to Sally Lund’s traditional tearooms for a cup of tea and one of her famous teacakes! 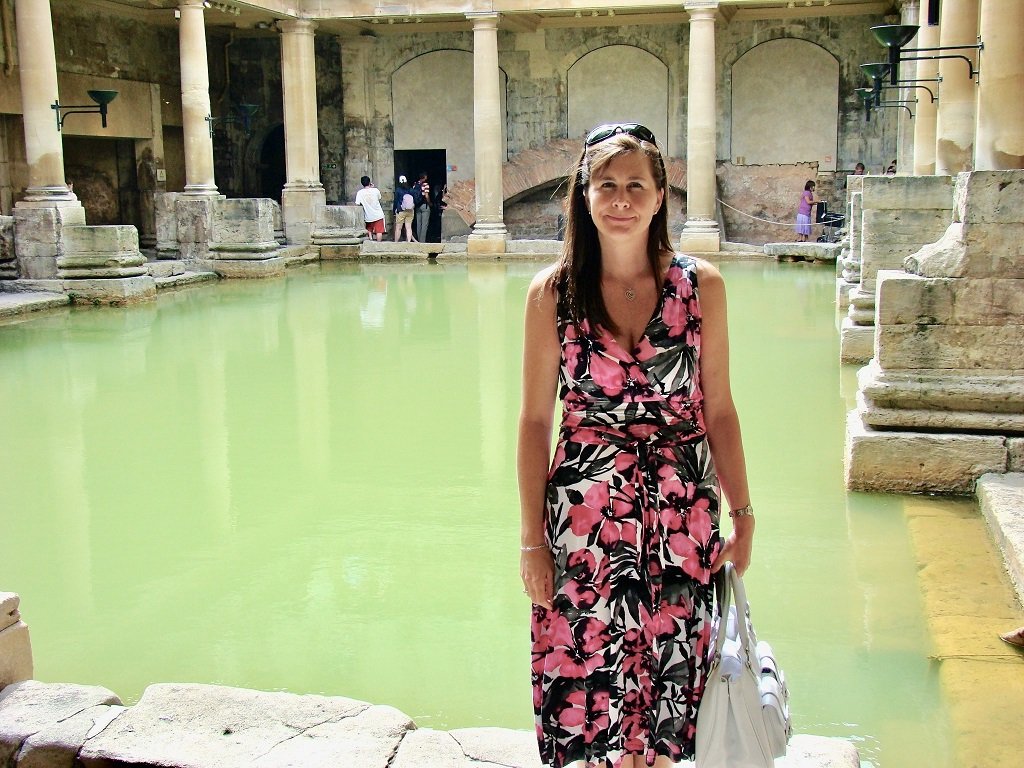 With four hours of free time to spend in Bath, you may like to join a walking tour to see Bath’s major sights, including Bath Abbey, Royal Crescent, The Circus, and Pulteney Bridge. 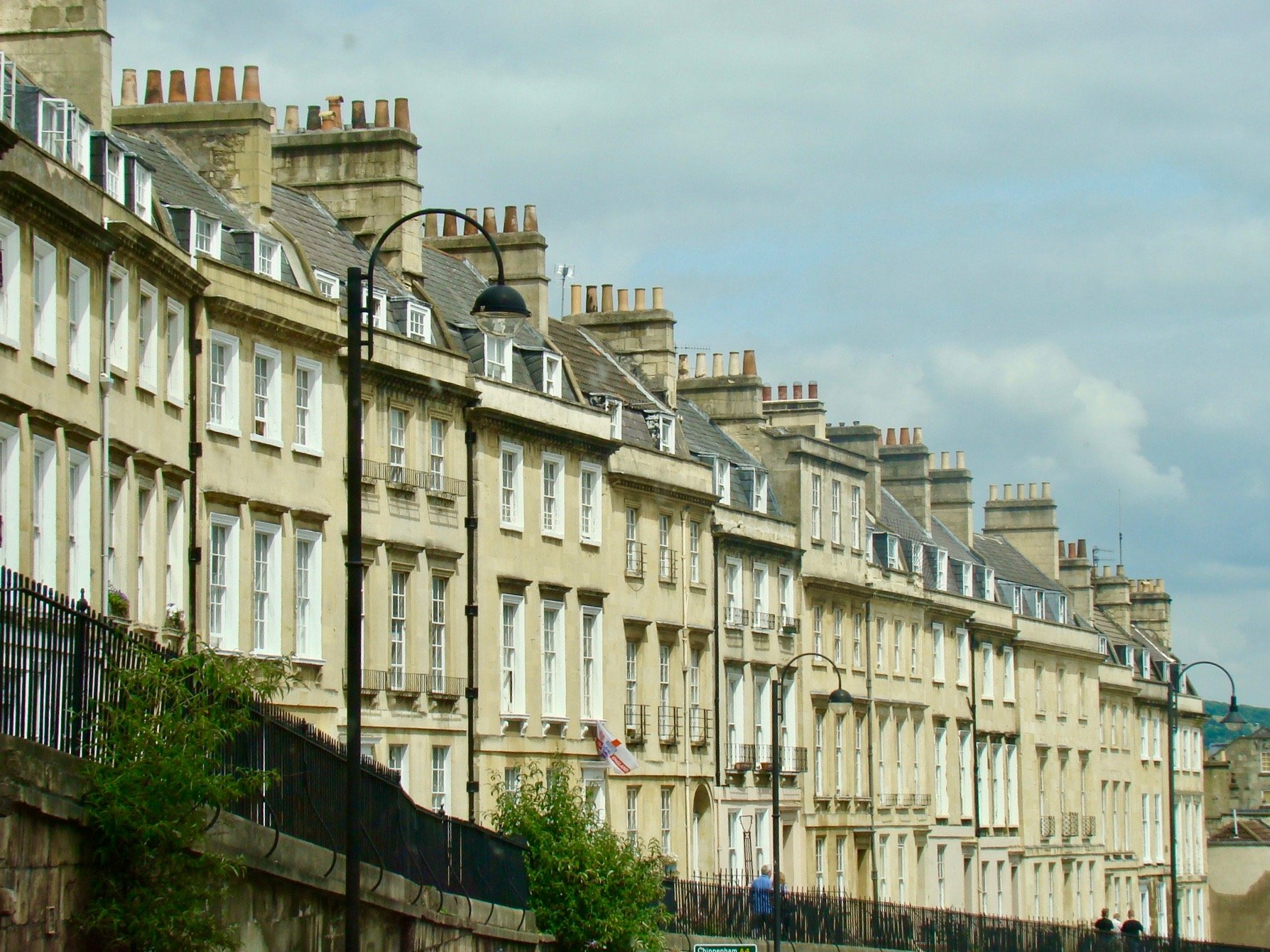 Another option during your free time in Bath is to take a boat trip along the Poultney River to view the beautiful buildings from the water. 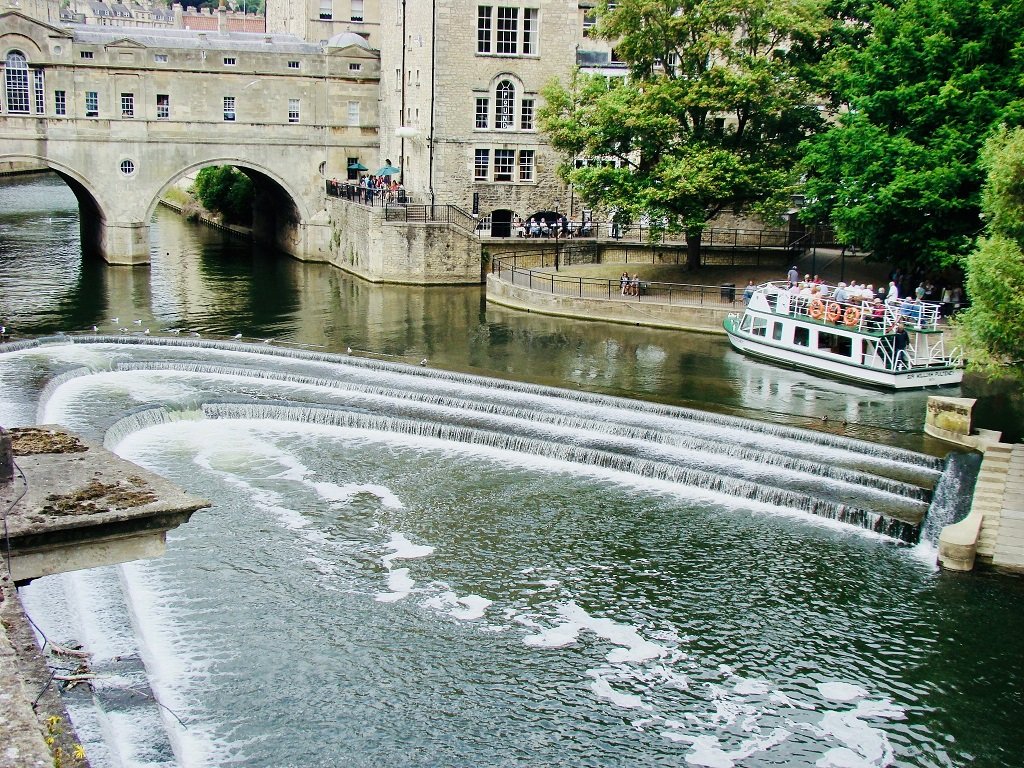 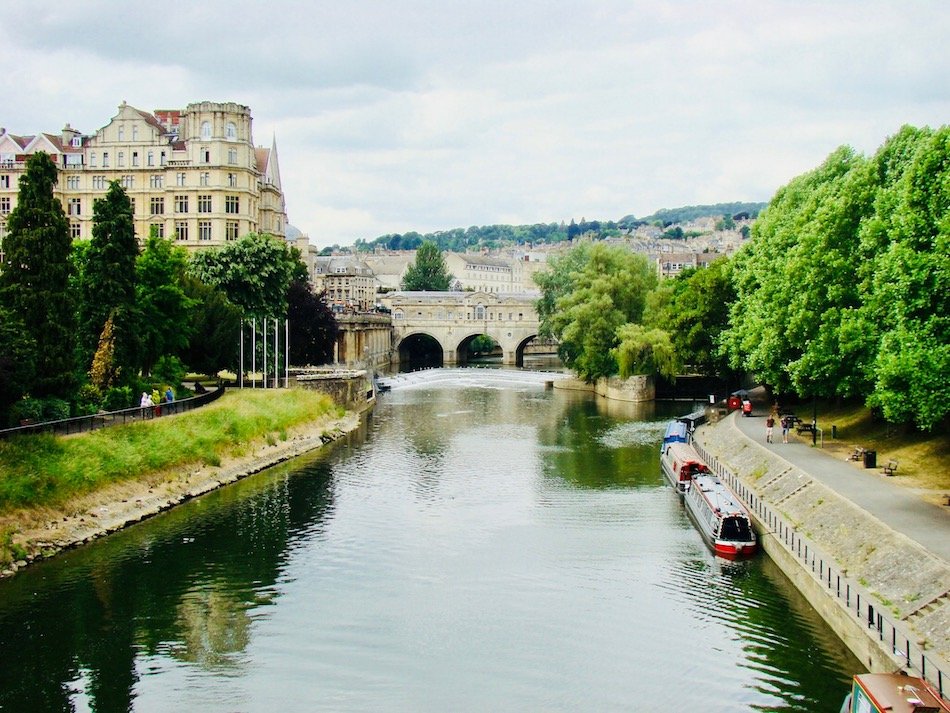 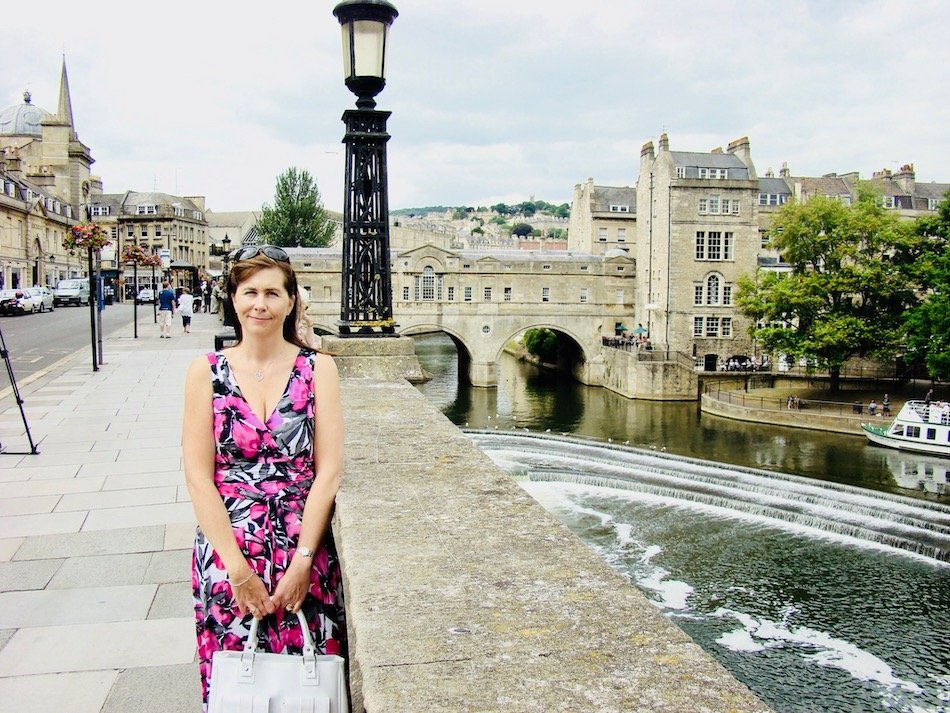 You may even find that the hop-on-hop-off-bus is a good way to see the best things in Bath within a few hours of returning to the train. 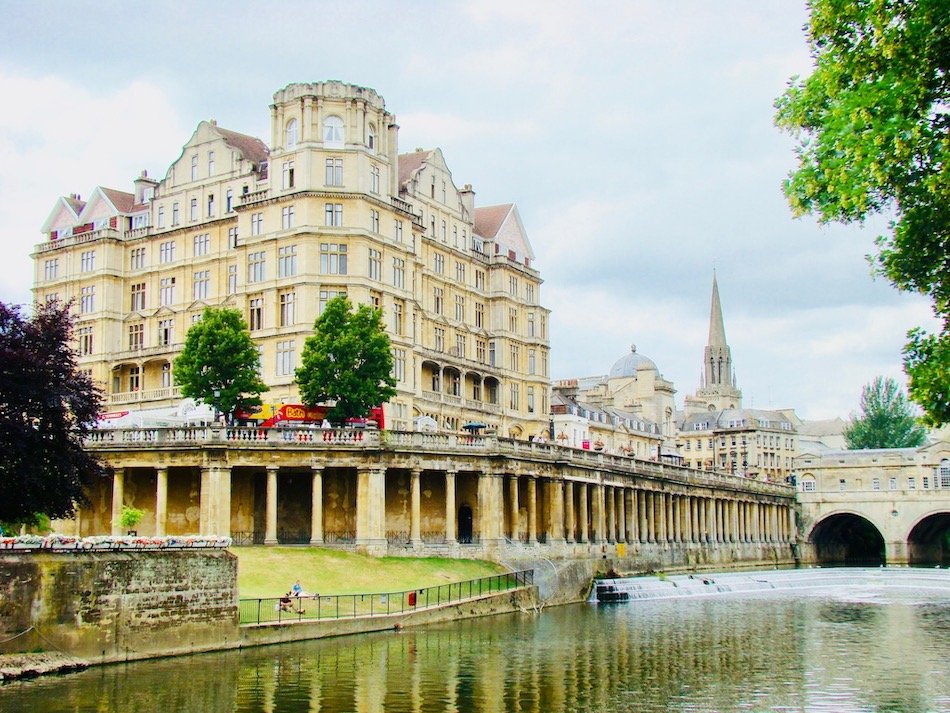 Dinner and the Return Journey

After 4 hours it was back to the Belmond British Pullman for our return to London Victoria. We had seen so much of Bath – it had been an excellent day and the weather was lovely. To top it off we were presented with a glass of bubbles – just what the doctor ordered – and our delicious 4-course dinner was served.

Soup, followed by beef and vegetables and a dessert was all cooked to perfection. A selection of English cheeses and coffee with petit fours followed the main event. All the dishes were presented to us in a leisurely manner during the return from Bath to London so we felt it was a very relaxed dining experience.

A trip on the Belmond British Express is the perfect way to celebrate a special occasion. 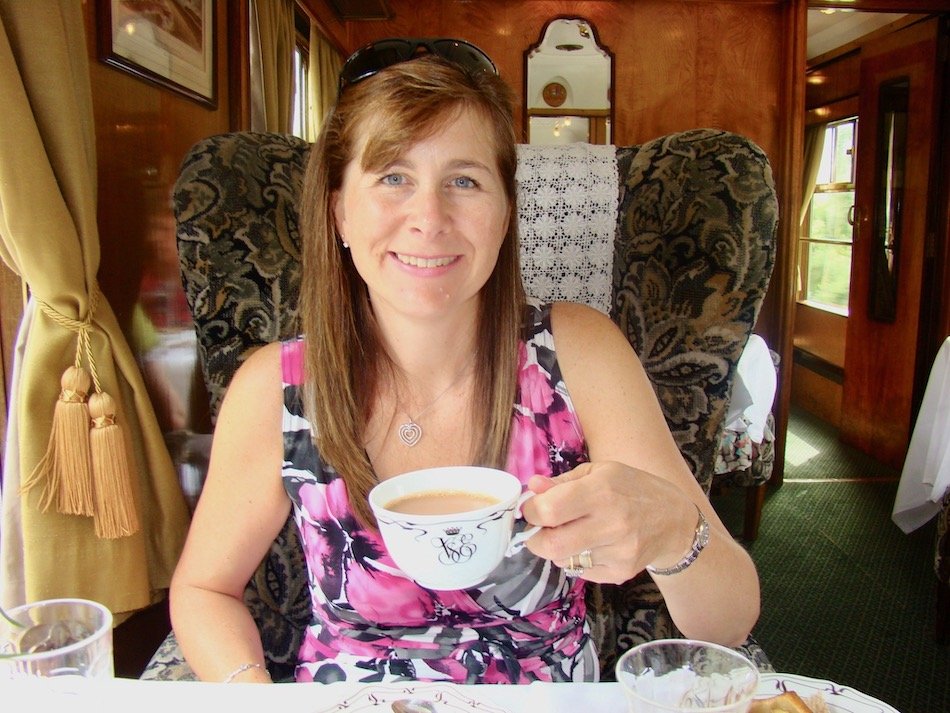 Belmond owns some of the world’s most iconic hotels, trains, river cruises and safaris across the globe. I have stayed at Belmond La Residence d’Angkor in Siem Reap Cambodia and had drinks in Belmond Cipriani Venice. Both properties have been the ultimate in 5-star luxury hotels.

If you need to stay in London Victoria the night before your journey on the Belmond British Pullman, please check out availability and rates for hotels in Victoria.

Or you may want to splash out before your journey and stay at the Belmond Cadogan Place Hotel in the heart of Chelsea for the ultimate Belmond experience in London. 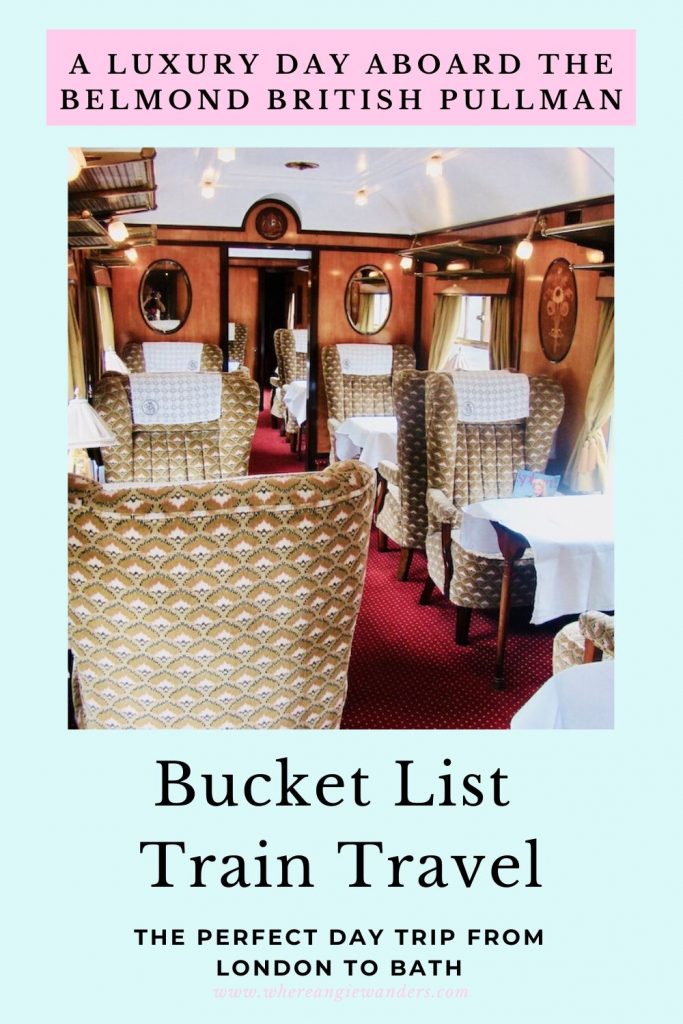 Read Next: The Best London Walk – Tower Bridge to Westminster

I love riding in a train of any sort and this looks fabulously elegant. Sounds like a perfect combination of luxurious travel and sightseeing. It's been a few years but I thoroughly enjoyed my visit to London, which included a day trip to Bath. Wish I had known about the train!

Oh my gosh, you have just convinced me. How lovely this would be. I love the idea of brunch, tea service and dinner on the train- how nostalgic and romantic that would be. And then to roam around the charming town of Bath. I can see why it was on your bucket list.

We do love the idea of train rides. And when you say “Orient Express”, indeed images come to mind! I love the idea of some luxury travel on the Belmond British Pullman. And even more the fact that there are coach tours as part of the trip. A great day trip to Bath.

I went to Bath years ago, lovely to see it again, and what a lovely sounding trip!

Ooh… this sounds like a heavenly day! I love train travel! Did you sit in Gwen the whole trip, or just for meals?

Yes , when you board the train you are allocated your seating for the trip to and from Bath.