How To See The Very Best of Monaco in One Day

If you are staying in the South of France, then a day trip to Monaco is a must. Monaco is an entirely different country and a unique destination. It borders France on three sides and the ocean on its fourth and is the second smallest country in the world.

Prince Albert II of the Royal Family Grimaldi is Monaco’s head, and the country is a principality, a state ruled over by a prince. If you love glitz and glamour and are curious to see the wealth on display courtesy of the yachts, supercars and fashion, you will enjoy discovering what to do in Monaco in 24 hours.

This article may contain affiliate links which means that if you purchase after clicking on a link, I may receive a small commission. Read the full disclaimer here.

Monaco is in Europe, bordered by France.

How do you get to Monaco?

We arrived in Monaco via train from Nice where we were staying. The ride was about 30 minutes long.

Flights from the UK are to either Nice or direct to Monte Carlo Airport in Monaco and take approx 2 hours.

If you want to arrive in style, how about a helicopter transfer from Nice – after all, this is in the ultimate playground for the rich!

Is it worth going to Monaco?

I would definitely say yes! Monaco is a compact country with many things to experience, from the Royal Palace to the Monte Carlo Casino. It’s completely different from other locations along the French Riviera.

Why is Monaco famous?

Monaco is most well known for its wealth. Home to the super-rich and an annual location for the Monaco Grand Prix and the Monaco Yacht Show.

Dining can be expensive, depending on where you choose. If you intend to shop in the many boutiques in the city, then be prepared to spend a considerable amount. If you are only visiting for one day, then take my advice and buy lunch from the supermarket and picnic in a spot with a view.

How many days do you need in Monaco?

Monaco is tiny – in fact, it is the second smallest country in the world – therefore, a day would allow you to experience the best of Monaco. If you want to stay longer, then please check out my recommendations.

Every day at 11.55 a.m, you can make your way up to the Prince’s Palace and watch the changing of the guard, something that we wanted to see. We had witnessed this happen outside Buckingham Palace in the UK and thought it a good idea to see it in Monaco; after all, who doesn’t love a bit of pomp and ceremony.

Our ascent up to the palace was on foot, but you can also take the hop-on-hop-off bus or the cute tourist train that takes you around Monaco. Monaco’s panoramic views during the walk were sensational, with plenty of places to stop and take photographs.

Changing of the Guards at the Prince’s Palace

We arrived just before the ceremony began in the Palace square, a ritual that has remained the same for several centuries. The palace has been the home to Monaco’s rulers for 700 years, and on each side, you can see cannons dating back to the 17th century.

Tours of the palace’s interior are available, though if on a day trip, it will eat into your time. Nearby, narrow alleyways and pastel-coloured buildings invite you to explore them as you wander through the town.

If the prices at the restaurants in Monaco make your eyes water, then take my tip: buy a flan or baguette from one of the stalls by the palace and head to the Jardin St. Martin. Laid out in a series of pathways on the southwest face of the Rock of Monaco, we found a bench overlooking the harbour and ate our lunch there. Our view epitomised everything Monaco has to offer.

Monaco Cathedral, also known as St Nicholas Cathedral, is right by the gardens and is beautiful both inside and out. It is the final resting place of the Grimaldi Royal family, most recently Grace Kelly and Rainier III, and was built in 1875 on the first parish church site in Monaco, which dated back to 1252. It is free to enter; however, donations will help maintain the cathedral.

We wandered through the gardens and admired the flowers, views of the sea, and the sited artworks within the greenery. A peaceful place to take a moment for yourself, read a book, and escape from the city’s hustle and bustle below.

We carried on along the coastline past Monaco’s famous Oceanographic Museum back down to the town. It’s a long walk down, so if you can’t face it, you can jump on a bus or choose one of the previously mentioned options.

The Prince’s Palace watches over a statue dedicated to the five-time Grand Prix champion Juan Manuel Fangio. It sits on an intersection used during the Grand Prix when Monaco’s streets become one massive racecourse.

Watching it on the television will be even more exciting now that I’ve been here. The main promenade winds itself around the harbour with all the luxury yachts, but when you find out Monaco has the most millionaires per head in Europe, you can understand why there are so many luxury yachts on display.

The Glitz and Glamour of Monte Carlo Casino

The Monte Carlo casino architecture is Art-Nouveau style with stained glass, sculptures, and a gold and marble atrium. Visitors can gamble either in the slot machine area, minimum bet a euro, or the more private ‘tables” area, which demand a higher stake.

We bet on the slots just for fun and came out only a few euros out of pocket. With supercars parked outside the casino, the luxury brands of Rolls Royce, Ferrari and Lamborghini all caught our eye, and we half expected to come face-to-face with James Bond!

If you fancy a spin behind a Ferrari wheel, book a driving experience and fulfil your dreams while in Monaco.

Monaco had been a wonderful country to visit and had shown us its wealth as well as its charm.

It is small enough to get around in one day without feeling rushed, and we saw everything we needed to.

What to do in Nice France in 24 hours 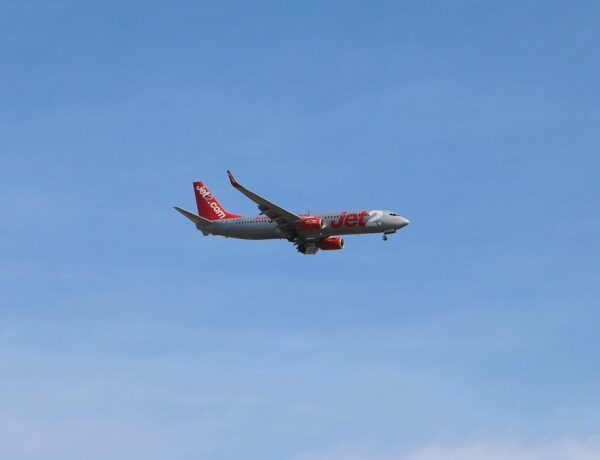 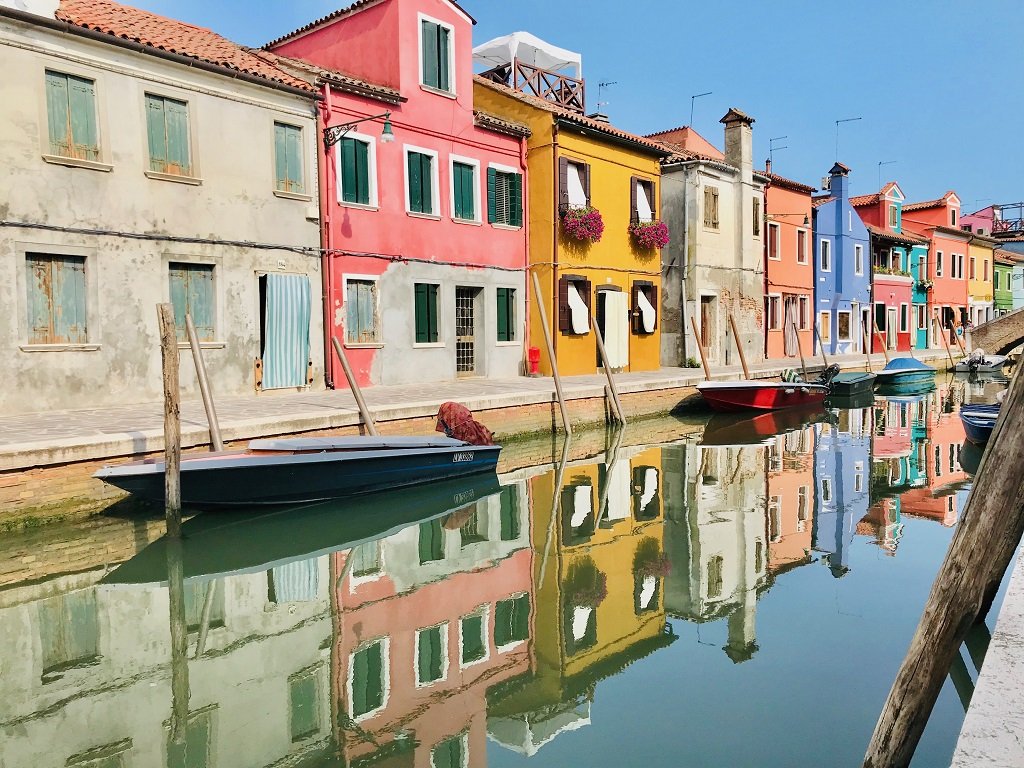 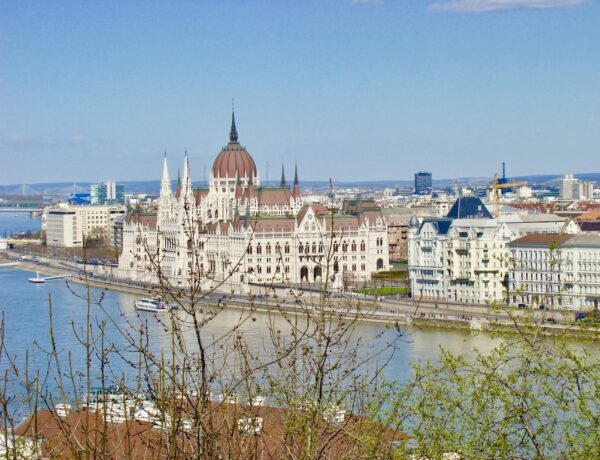 How to See Budapest in Three Days: The Best Budapest 3 Night Itinerary

Thank you, Amy. I’m happy I could help.

It certainly is, inside and out and is the resting place of Grace Kelly and the Monaco Royal Family.

I’m going to be honest, while I’ve heard of Monaco, I’ve never seriously considered it as a vacation destination. However, after seeing the incredible views in your pictures, I think I need to see this for myself first hand!

Hi Britt. Glad you like my photos. It is so compact you can see it in a day and you could then extend your holiday to also visit Nice on the French Riviera. It’s only 15 minutes on the train from Monaco so very easy. Check out my blog on Nice if you are interested.

Very informative. Will take some of your tips and places to visit when I go 👍

Glad you enjoyed the piece. It’s a lovely place to visit.

A Festive Guide to the Best Christmas Markets in Copenhagen, Denmark

Sheffield Tasmania: The Amazing Town of Murals in Australia

Penshurst Place was once owned by Henry VIII who u

I spent a lovely morning wandering along the pathw

How’s this for a hotel. . . #Travelbloggervibes

Did you know that English Bluebell Woods hold half