How to Spend One Full Day in Nice France 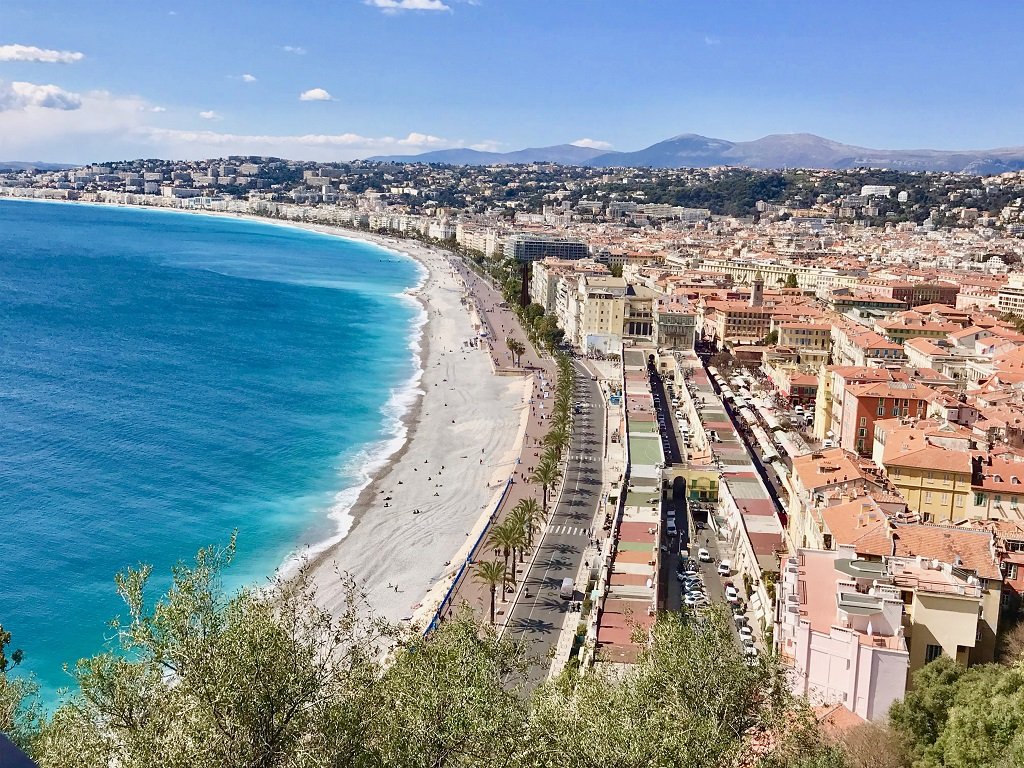 Nice is a fabulous place to visit with its 7km walkway alongside the seafront named La Promenade des Anglais. The beach, although pebbles, runs the entire length and is lined with cafes, restaurants and luxury hotels. The old town offers a step into the past with colourful buildings, narrow cobbled streets and artisan shops. We had one day to find out what to do in Nice France, and we were ready to explore.

Nice is in France on the French Riviera.

How do you get to Nice?

Direct flights to Nice from the UK take approx 2 hours.

Is it worth going to Nice?

Yes! Nice has a cosmopolitan vibe with so many things to experience, from the Old Town to the harbour’s modern yachts.

What is Nice famous for?

Yes. There are many top-rated restaurants and hotels in Nice, but you can also visit without breaking the budget if you research where to eat and drink before arriving.

How many days do you need in Nice?

Nice can be experienced in a day; however, if you want a more leisurely trip, book for a few nights. I can recommend  La Villa Victor Hugo in central Nice. You can also experience some of the best locations on the French Riviera, such as Cannes and St Tropez, on fabulous day trips from Nice.

In the 18th century, the English aristocracy spent their winters in Nice. The English proposed that beggars arriving in town should work on the construction of a seafront walkway. Once completed, It was named “Le Promenade des Anglais” translated as “English Walk”. It stretches as far as the eye can see, with the ocean on one side and hotels, restaurants and shops lining the other. We grabbed a coffee in one of the cafes that line it and just people watched. 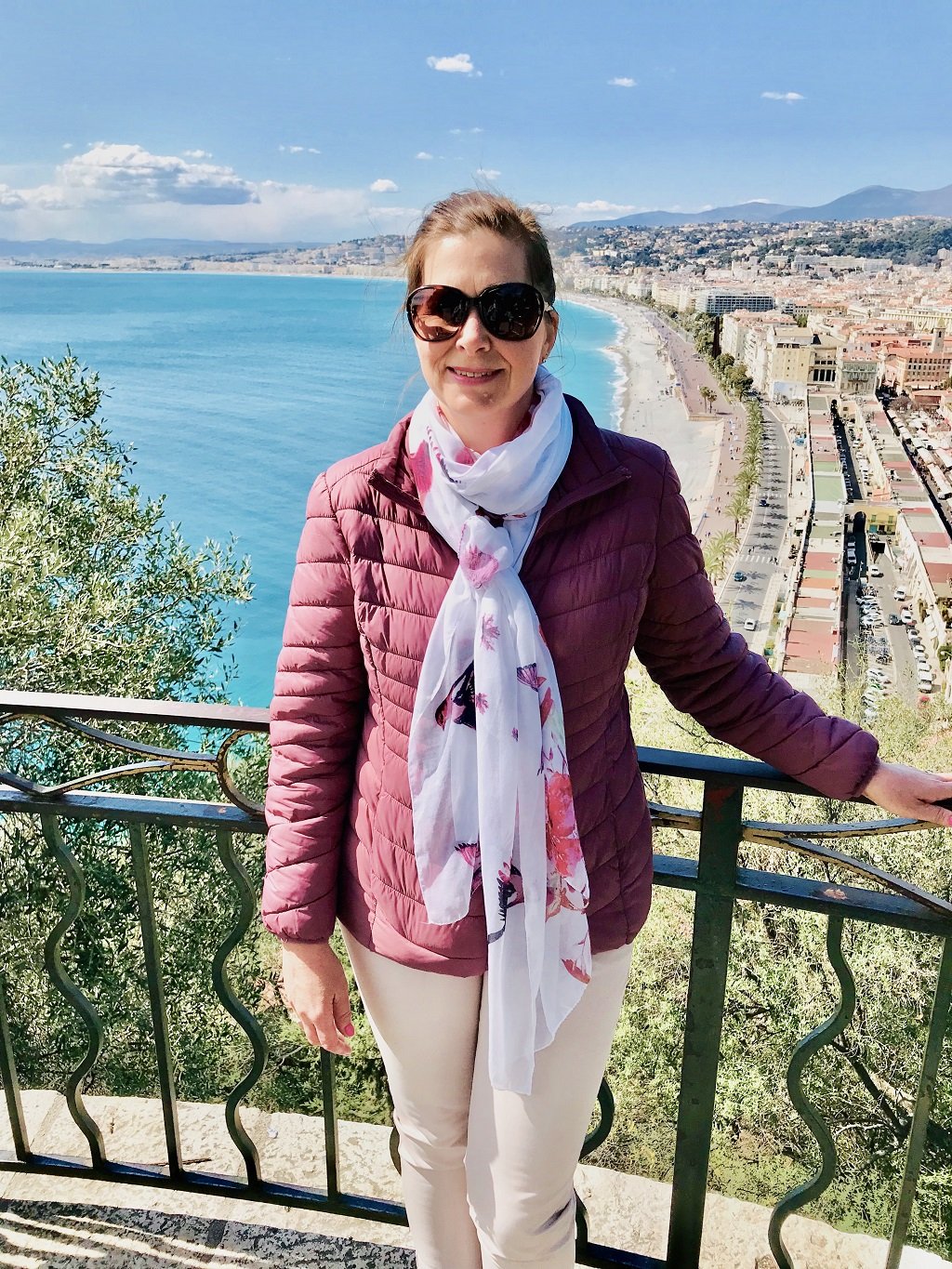 If you enjoy markets, then one runs every day selling flowers and local produce and is located in Cours Selaya. On Mondays, it becomes an antique market, and in summertime evenings, there is an arts and crafts market. Continue towards the “I LOVE NICE” sign before your climb up to Castle Hill. Stop here, take a photo, and enjoy the view out to sea. 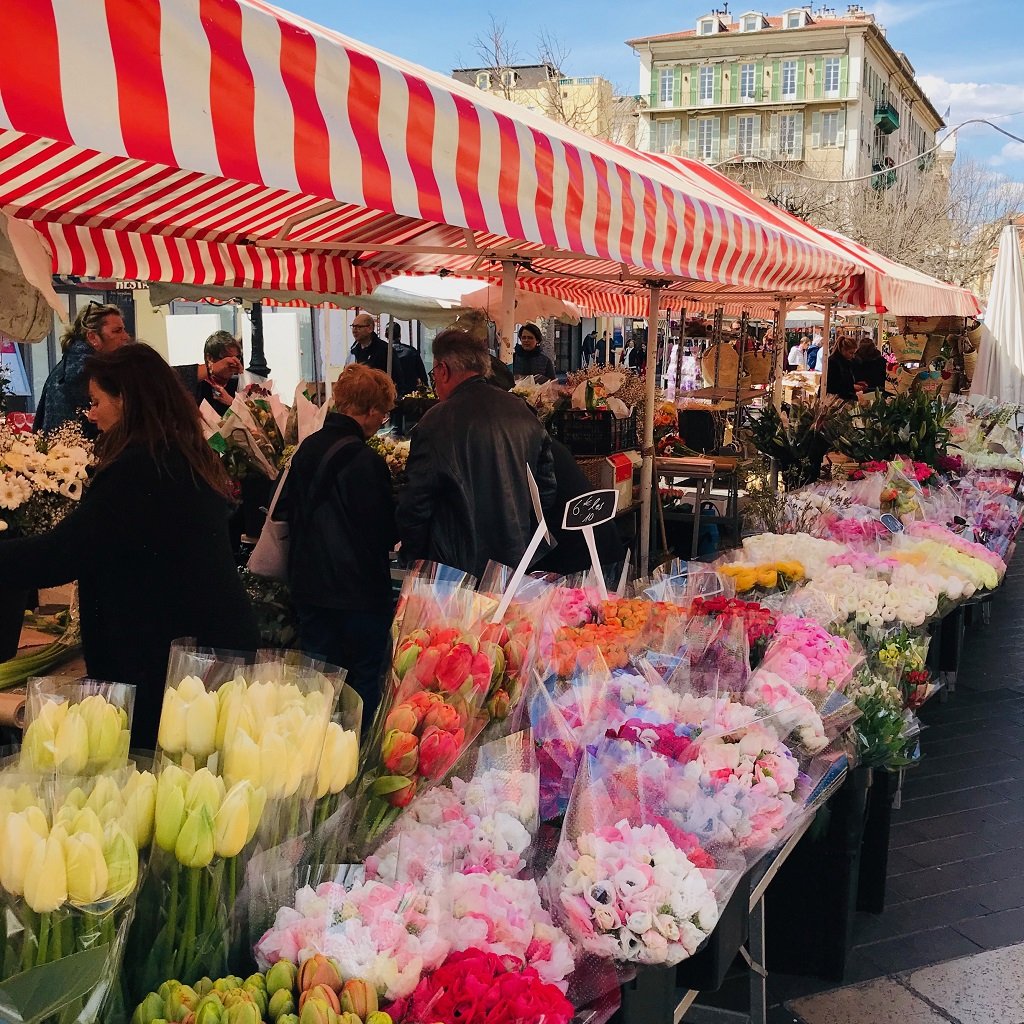 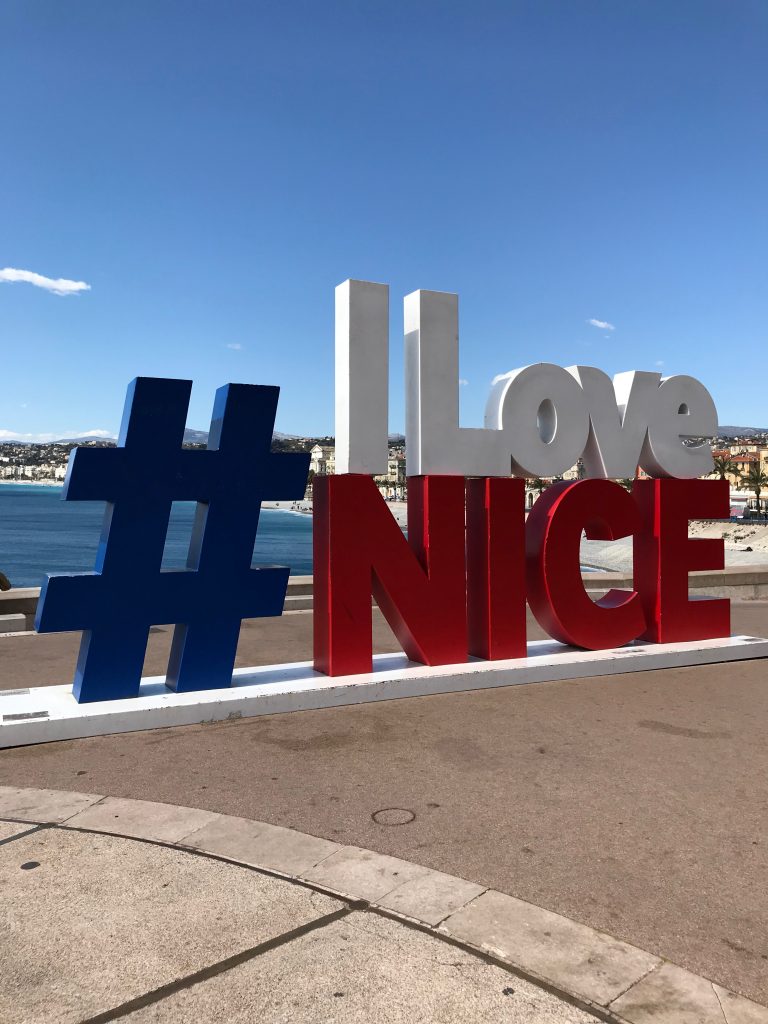 As we looked up at the number of stairs we had to climb, we felt slightly deflated. It was a hot day, and we could see people stopping for breath on the way up. We then spotted what looked like a shutter in the rock’s corner, near the Hotel Suisse. On inspection, we found it was a free elevator that took you to the top and with spirits raised, we boarded and in minutes were on Castle Hill admiring the views over the town. 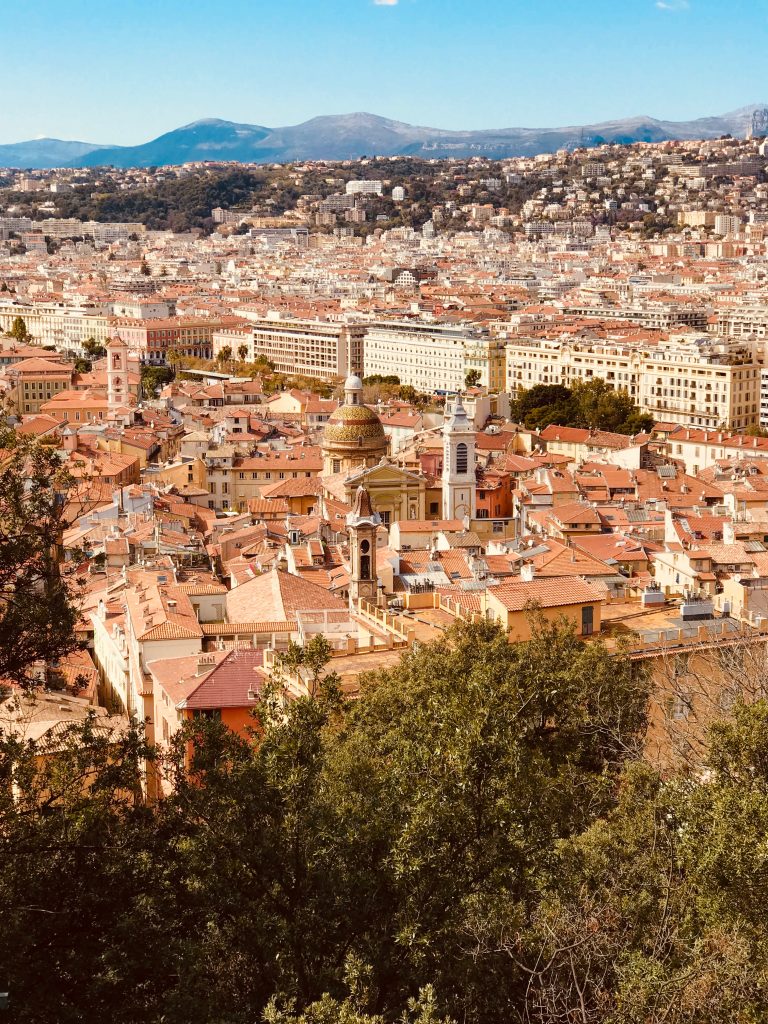 The Views from Castle Hill

Colline du Chateau (Castle Hill) was the city’s original site, but there is no castle at the top; the citadel was entirely dismantled by the soldiers of the French King Louis XIV  in 1706. Even without a castle, the hill offers unparalleled views across the city to the sea and is a quiet place to spend a few hours. There are some old ruins up there, and investigations are underway with an archaeological dig. Enjoy wandering along the pathways and grab a snack at the café during high season. 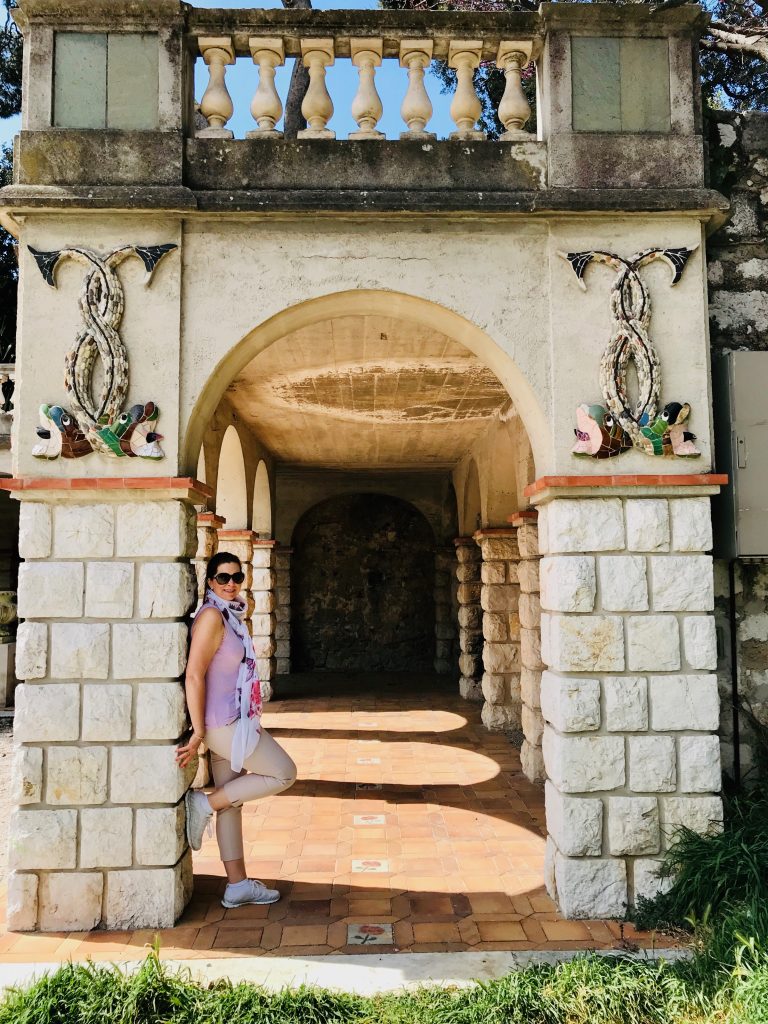 Views over the harbour are impressive. The French Riviera is the epitome of wealth and glamour, and you can spot luxury yachts all around. I imagined what it must be like to own one and vowed to buy a lottery ticket once I got home. 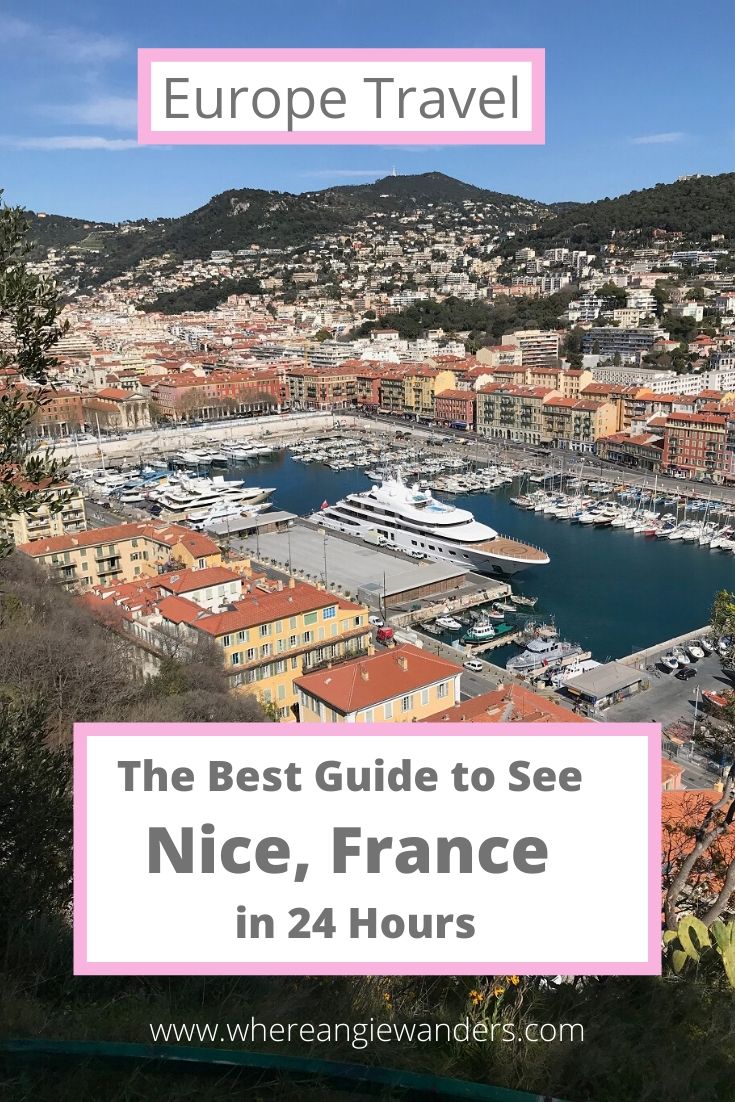 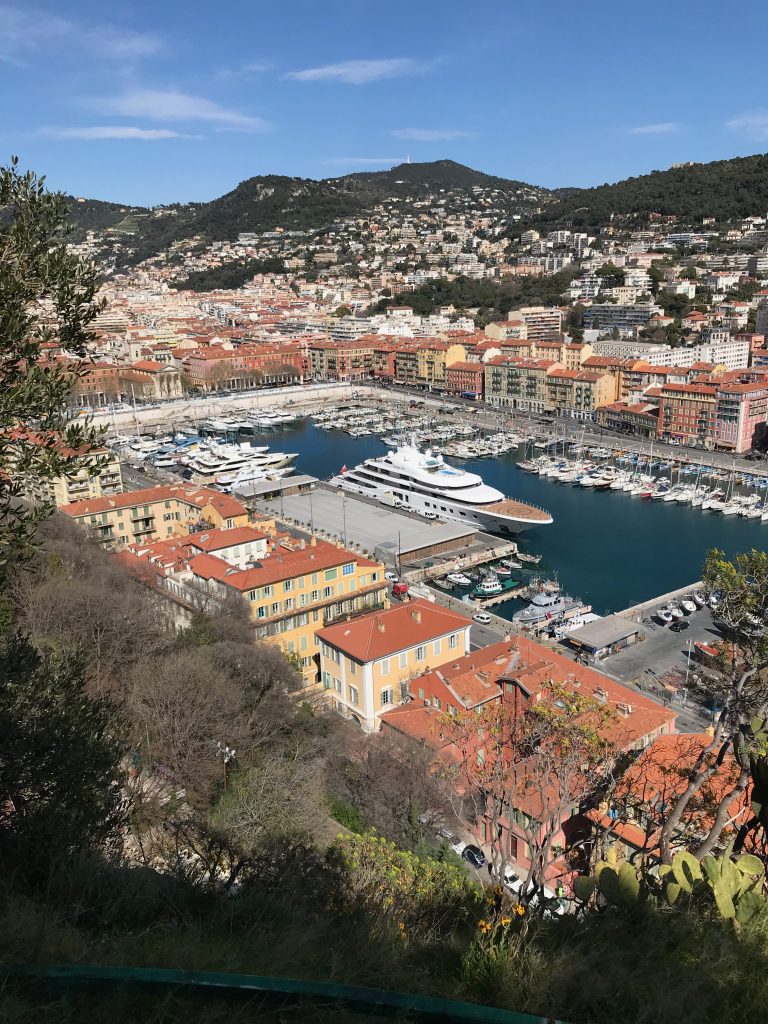 Not everyone’s choice of somewhere to visit while on the French Riviera, but I love the solace of a cemetery. To wander around, read the epitaphs and see how far back they date is so interesting, so when I found out that Cimetière du Château was on the hill, I just had to go. The Christian cemetery was created in 1783 after new laws prohibited burials inside churches. It stands in place of Nice’s old citadel.

The Most Beautiful Cemetery in France

The oldest tombs, from the 19th century, feature some of the finest funerary monuments in Europe and are spectacular to view. A Jewish cemetery is situated next to a Christian one, replacing one used since the Middle Ages in central Nice. There is also an area for non-Catholics, created in 1845. Named as one of the most beautiful cemeteries in France, in my opinion, it is a serene place to wander around and pay your respects to those that have passed. 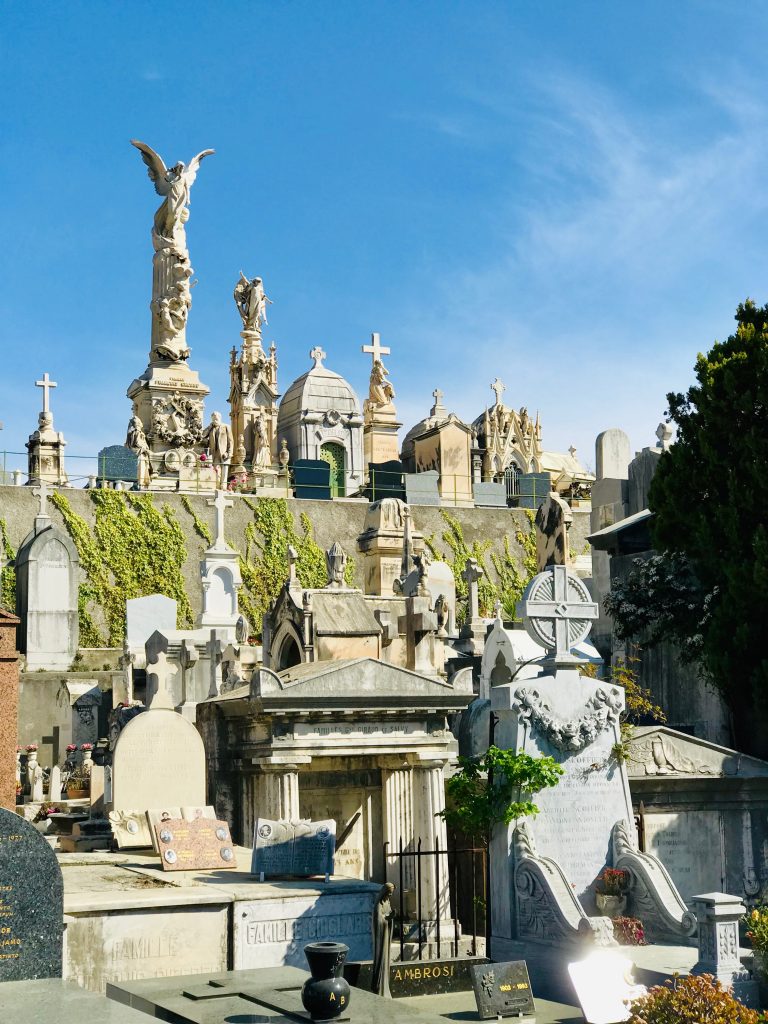 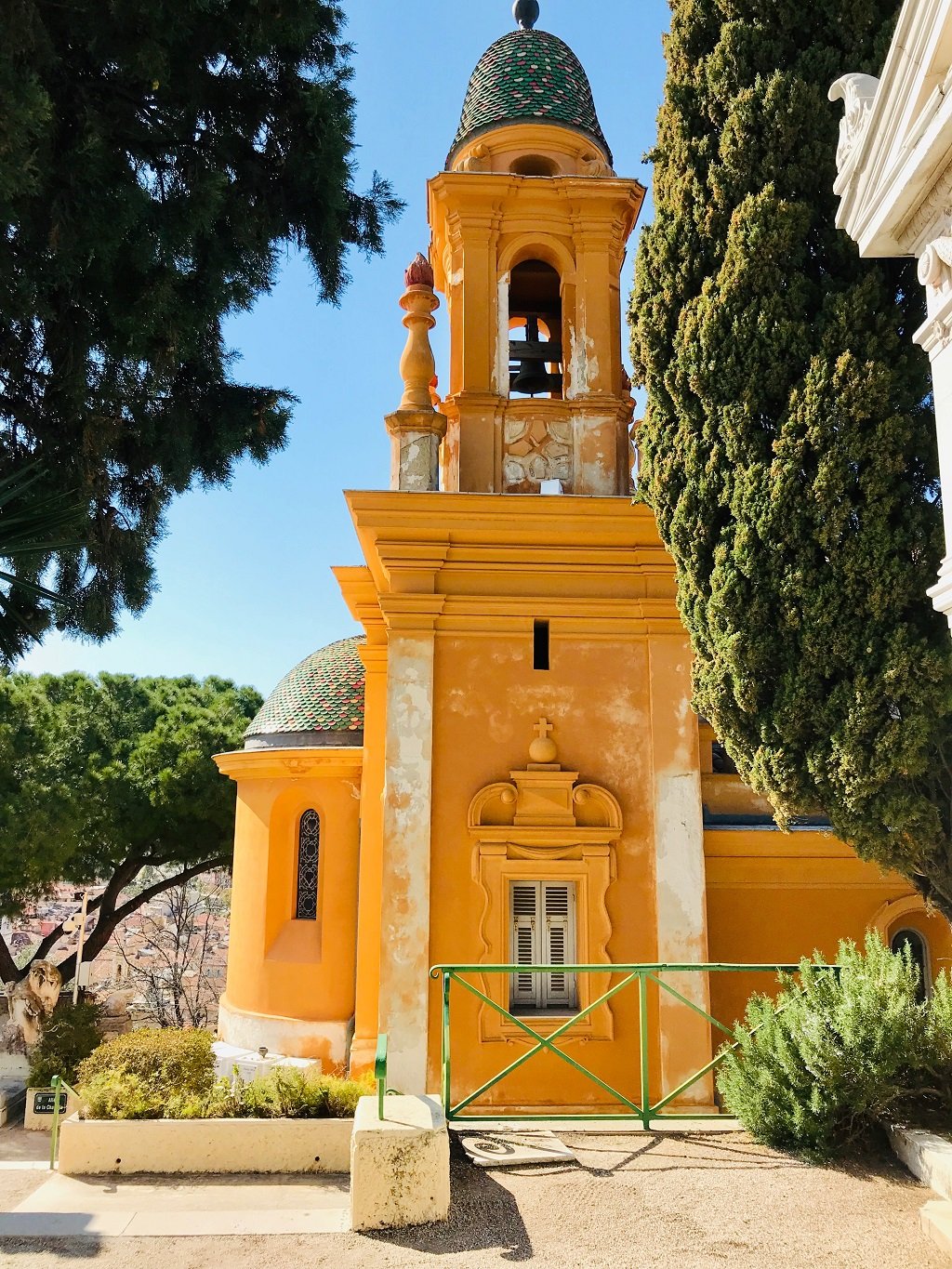 Leave the cemetery and take the pathway that leads down to the old town. Here you will find colourful houses lining cobbled streets, restaurants and lots of ice-cream shops! Place Rosetti, the central square, is overlooked by Nice Cathedral known as Cathedrale Sainte-Reparate and completed in 1699. Constructed in a Baroque style, it has a high altar and many side chapels dedicated to different saints. It is an impressive building and well worth a visit. 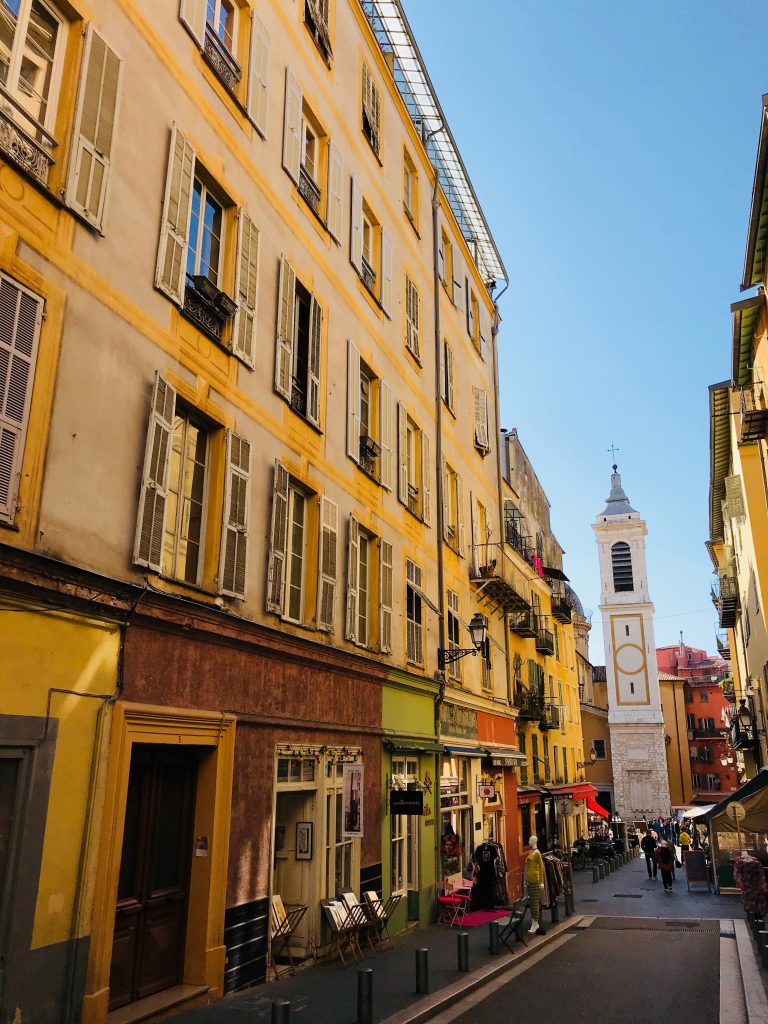 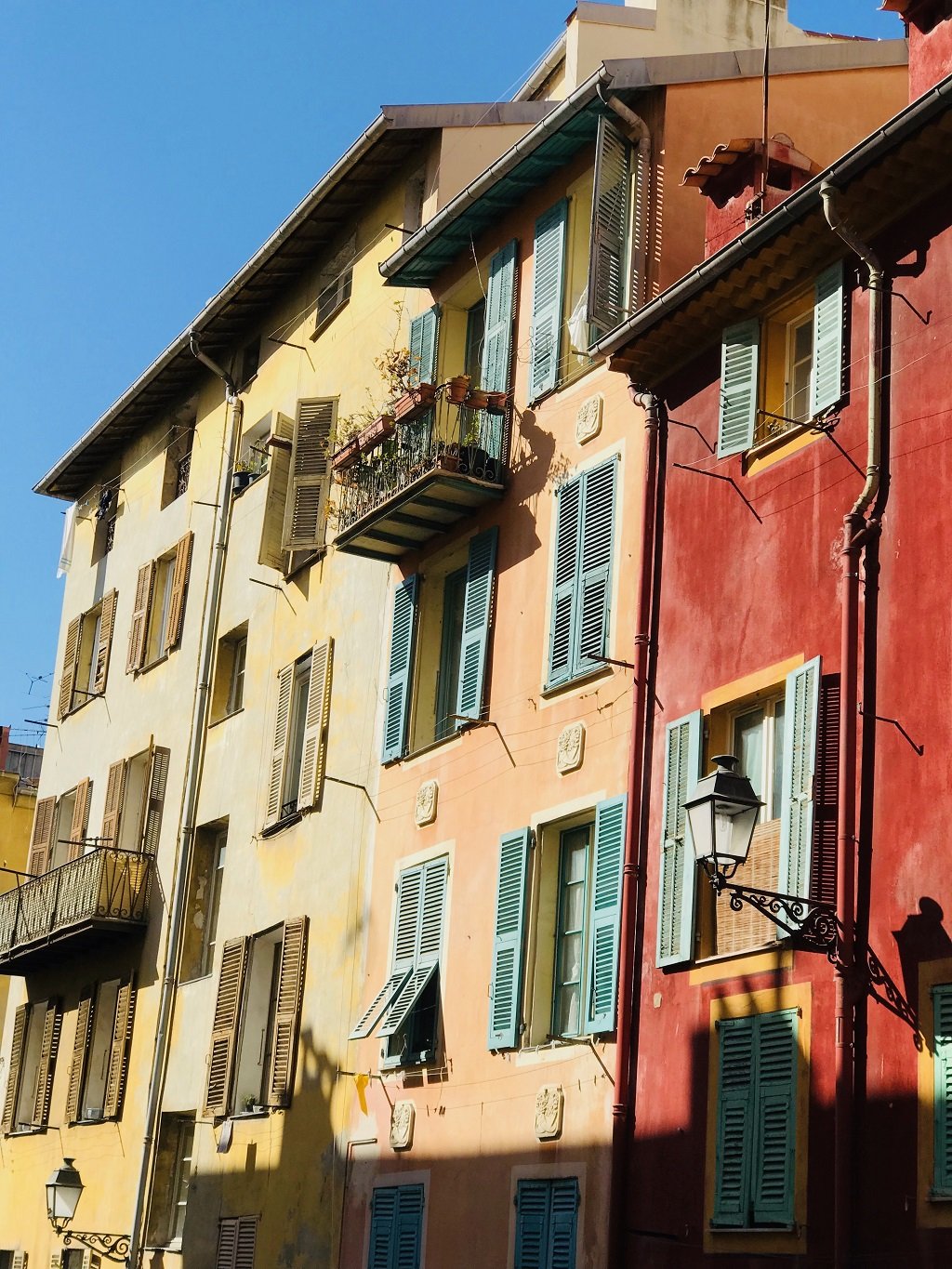 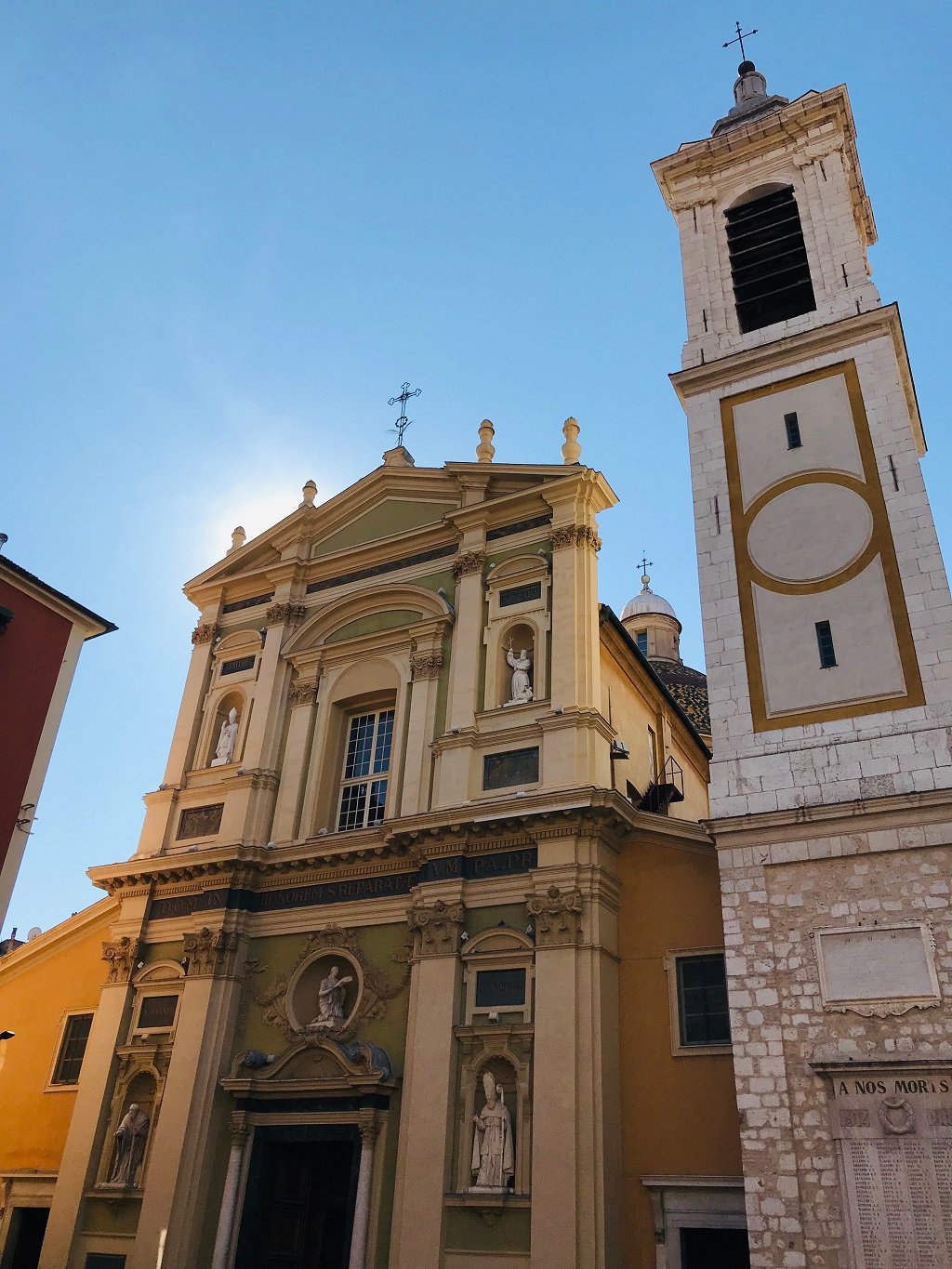 Eating out in Nice

A host of pizza and pasta restaurants line the streets, but we wanted something more traditional. However, it was a struggle to find anything not aimed at mass tourism, even with the assistance of Google! We finally found a tapas bar in one of the converted fishermen buildings that line the area by Cours Saleya. Our desert was a giant macaroon filled with ice-cream from Angea, which was both unusual and delicious.

We passed by to admire the Opera House. It is a magnificent building dating back to 1885 and hosts operas, ballets and classical concerts. In 1776 a privately owned wooden theatre occupied this site, but in 1826 the city of Nice bought it and set about rebuilding a brand new theatre. The fire raised it to the ground in 1881 and claimed 200 lives. The present Opera House was built following the disaster. A monument to those that were lost can be seen in the Cimetière du Château. 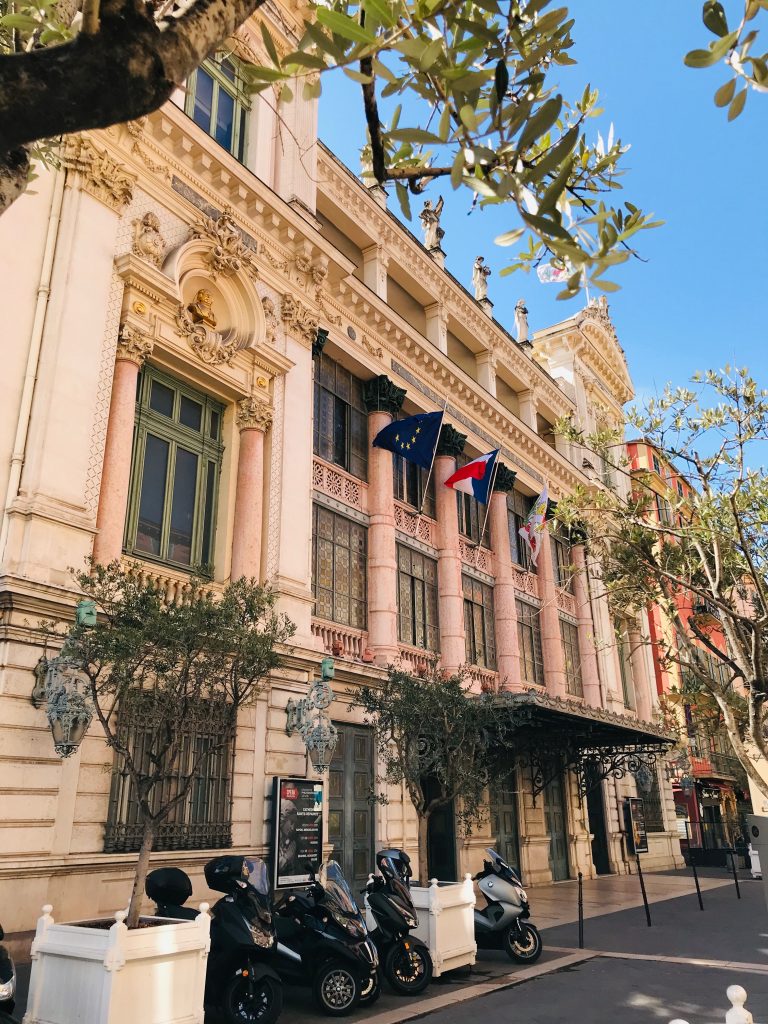 Back in the newer part of Nice, you will find Place Messena, which is like the city’s focal point, and its centrepiece is a beautiful water fountain sculpture, Fontaine du Soleil (Fountain of the Sun). Close by is the largest green urban space in the city, Promenade du Paillon. It is filled with fountains, a children’s play area, sculptures, and pretty informal garden spaces for Nice’s residents and visitors to enjoy. 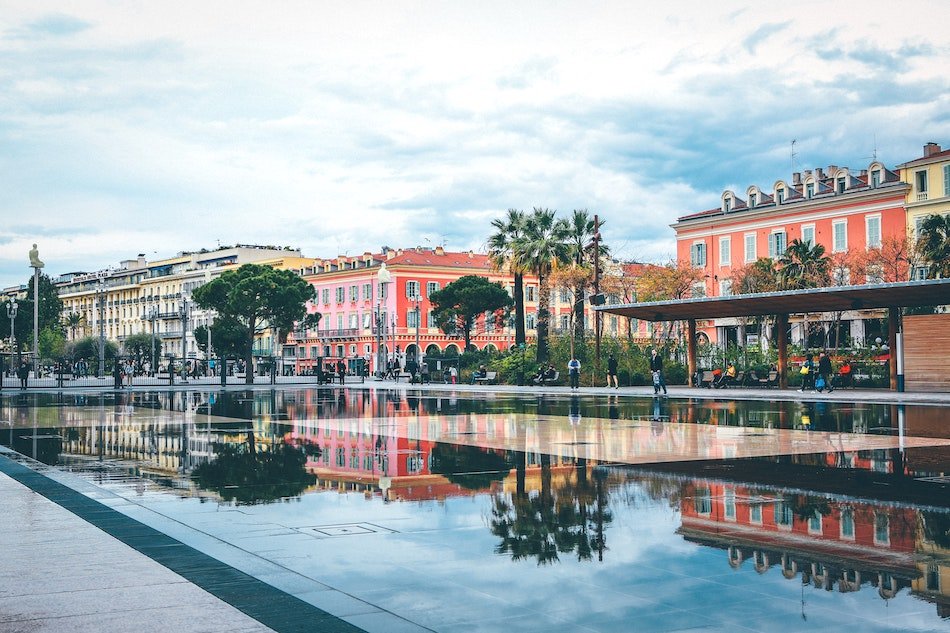 We agreed that Nice had so much to offer the day visitor.

Its monuments and architecture are beautiful, and its parks and beaches are a joy to discover.

The perfect place to spend one day.

My honest opinion of Nice

What month did I travel? March

How was the weather? It was sunny and pleasantly warm.

Would I recommend the hotel? Yes. La Villa Victor Hugo was a perfect base in Nice. It was a boutique hotel with a quirky interior. The hotel staff were friendly, and our room was a decent size with the all-important comfortable bed. The breakfast was good.

Would I recommend Nice? Most definitely. I loved the architecture, the old town with its colourful buildings and the Promenade D’Anglais. If you have more than one day to spend on the French Riviera, then I would recommend a trip by train to the village of Eze or the Villa Ephrussi de Rothschild, both fabulous places to explore. 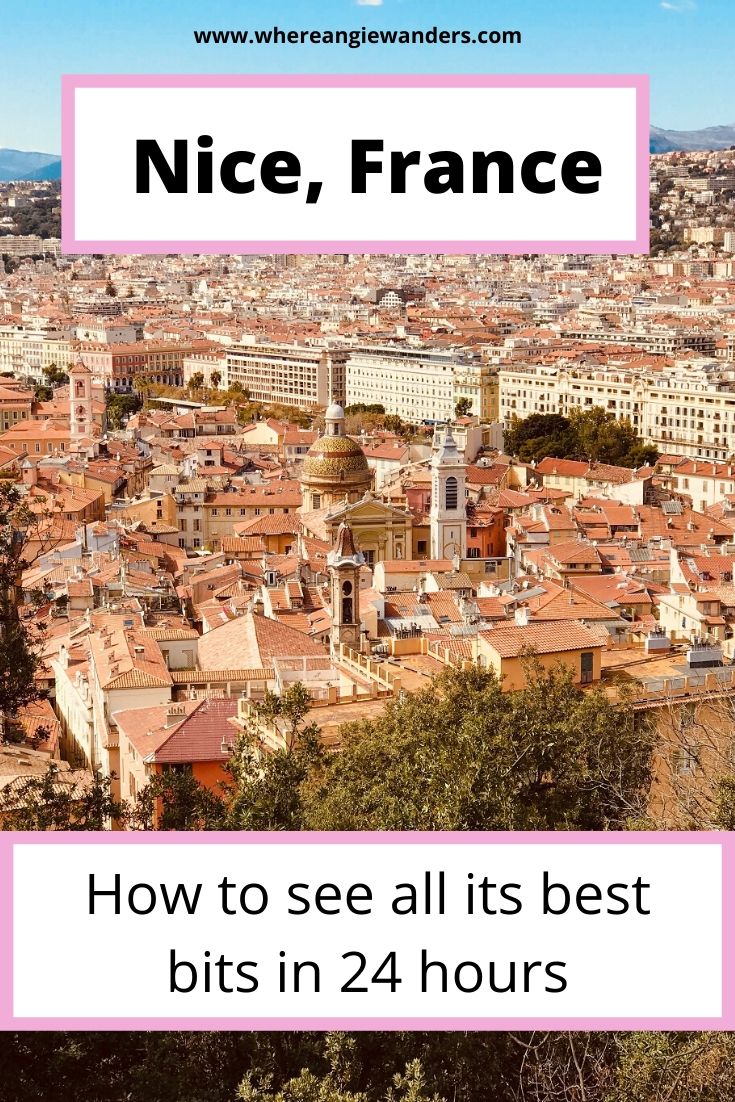 Read Next: How to See the Best of Monaco in One Day 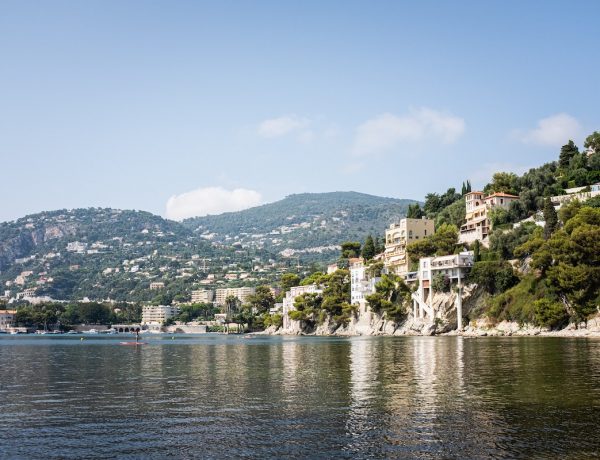 Discover The French Riviera in 3-Nights: The Best Travel Guide 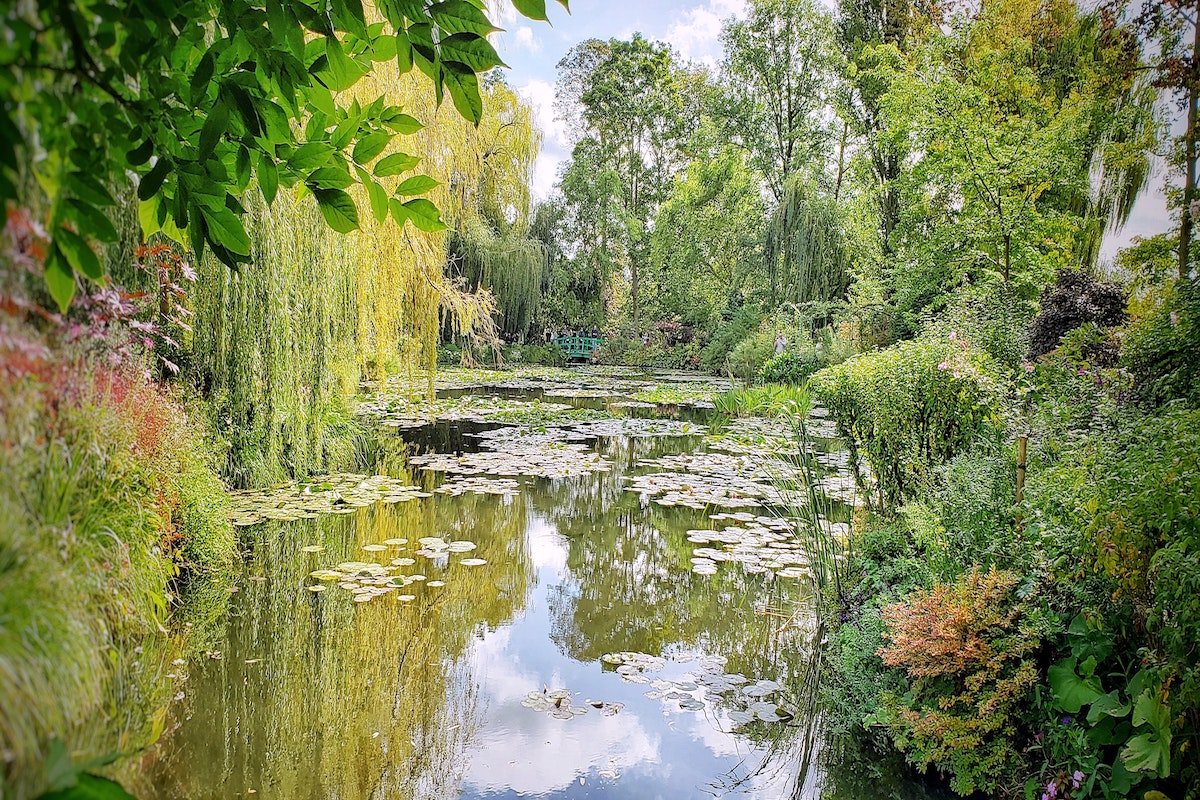 13 Most Beautiful Botanical Gardens in Europe for Nature Lovers 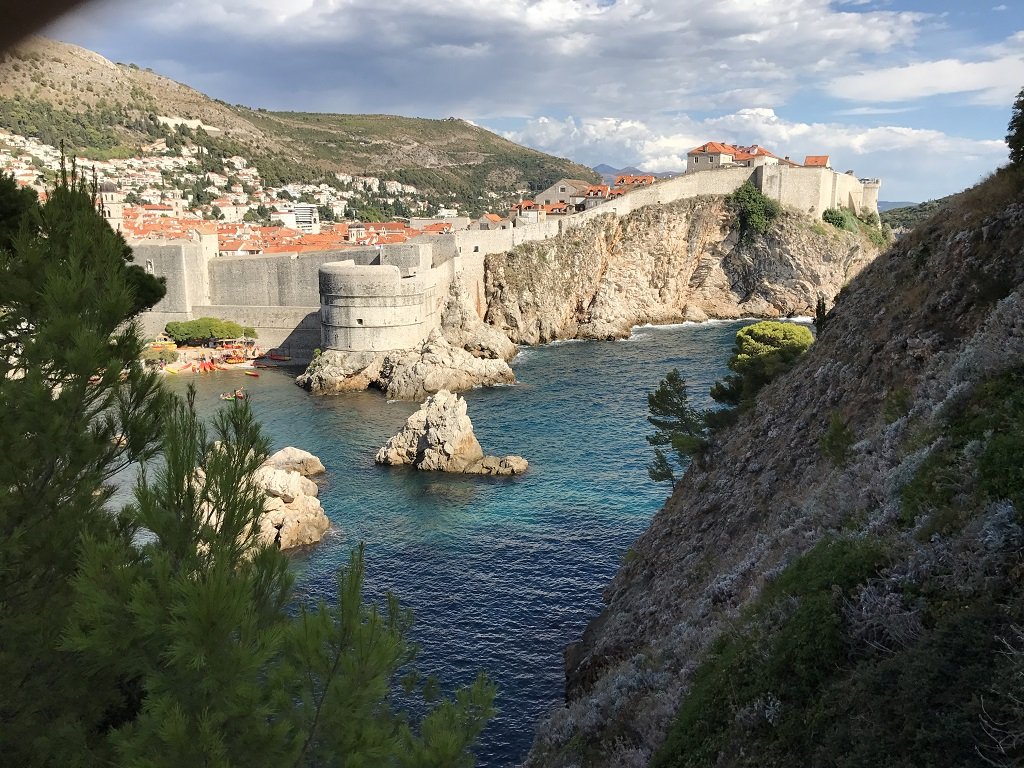 Two Days in Dubrovnik: 5 Top Things You Must See

I was in Nice 4 years ago and also did most of the things you suggest! Great post 🙂

It’s such a great town I would love to return.

Wow, Nice is definitely on my bucketlist now! 24 hours in… is a great blog post idea too!

This is a truly helpful post and the images are stunning! I feel like I was right there with you in Nice! Thanks so much for sharing!

It is a beautiful part of the world