Australia / My Epic Round the World Trip / Oceania

Sheffield Tasmania: The Amazing Town of Murals in Australia

Our first experience in Tasmania was rolling off the Spirit of Tasmania ferry in Devonport at 6 am and picking up our hire car. It had been a rough night’s crossing from Melbourne. The captain had even put out a tannoy saying it would be one of the worst crossings of the year, and he had been right. All that was on my mind now was where I could get a decent coffee to wake me up!

We were in Tasmania for an 8-night road trip, part of a bigger 6-week road trip itinerary we had planned around Australia. I had researched Sheffield’s amazing mural town, and it seemed like the obvious place to check out on our way to our first overnight stop, Cradle Mountain.

It was a short 25-minute drive from Devonport to Sheffield. The countryside scenery was lovely, but sadly the amount of road-kill was not. In Tasmania, many animals get killed by vehicles each day. They walk into the roads at dusk and dawn when they are out hunting for food. Definitely not something we see on the UK roads and quite a wake-up call – literally!

Sheffield, Tasmania – the Town of Murals

The town had suffered hardships in the past, and in 1986 the local council decided to put Sheffield back on the map with the introduction of murals on the sides of its buildings.

The idea had worked, and this once sleepy town is now an attraction in its own right, with over 200,000 visitors a year viewing over 50 works of art. Lucky for us when we arrived we were the only visitors there due to the time of day. Unlucky for us the coffee shop didn’t open for another hour, and I was still gasping!

With a while to kill before the town came awake, we took advantage of the lack of cars or visitors and wandered around the town. We took photographs of the murals with subjects from rural life, historical events and wildlife from the area.

The first mural was painted in 1986 by John Lendis and depicted a mountaineer sharing his home with the animals. The town was rebranded “The Town of Murals” and became one of the best places to visit in Tasmania. It was quirky, fun and something completely unique in Tasmania.

The Blacksmith Cafe had one of the most stunning murals painted on the shop front and side.

A.G.Rowe has been commemorated in this painting as a local inventor of a coin-operated self-service, automated fuel pump, a pressure cooker and the machine for washing carrots for use on farms.

Notice the trompe l’oeil effect of the small child peering into the shop window in the second photograph.

The cascading waterfall depicts many that are found throughout Tasmania, linking the town to the nature around it.

Local eagles painted on the grocery storefront. We were lucky enough to see the real thing on the outskirts of the town.

Notice our shadows on the ground in the early morning sunshine. The Sheffield Tasmania Bible Church had a mural painted across its front showing an Australian farmer at work. Another scene was more religious and showed Jesus and his worshippers in the rural landscape of Tasmania.

Have you ever seen a cuter ice cream shop? It depicts early school days in Sheffield and not far away, my favourite mural features all the animals indigenous to Tasmania.

The mural of a shopkeeper serving a girl with two of the world’s most famous brands on show, Cadbury and Coca-Cola. The mural has been painted straight onto the brickwork giving a tiled appearance.

Sheffield is more than just murals; it has a feeling of calm with a stunning backdrop of Mount Roland. It was a total contrast to the non-stop city of Melbourne that we had only left the previous day.

We were still in Australia, and yet it felt a million miles away with its colonial-style buildings and manicured front lawns. Sheffield has a charming identity, and you would be forgiven for thinking you had stepped back in time. It had been a really great introduction to Tasmania, and we discovered that there were plenty of other things to do in this area as well as an International Mural Festival held annually at Easter.

Finally, signs of life became apparent around town, and we headed to a coffee shop so that I could satisfy my inner coffee monster and grab some breakfast.

Sheffield had been a fabulous introduction to Tasmania, and on our exit, this signpost caught our eye. We stopped for a photograph and asked a local if the names were real and guess what, they all are. Just imagine living in the Garden of Eden or even Paradise!

Availability and Rates for Sheffield Accommodation 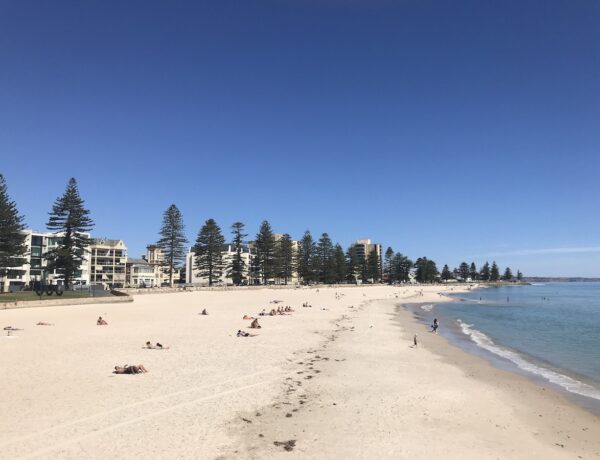 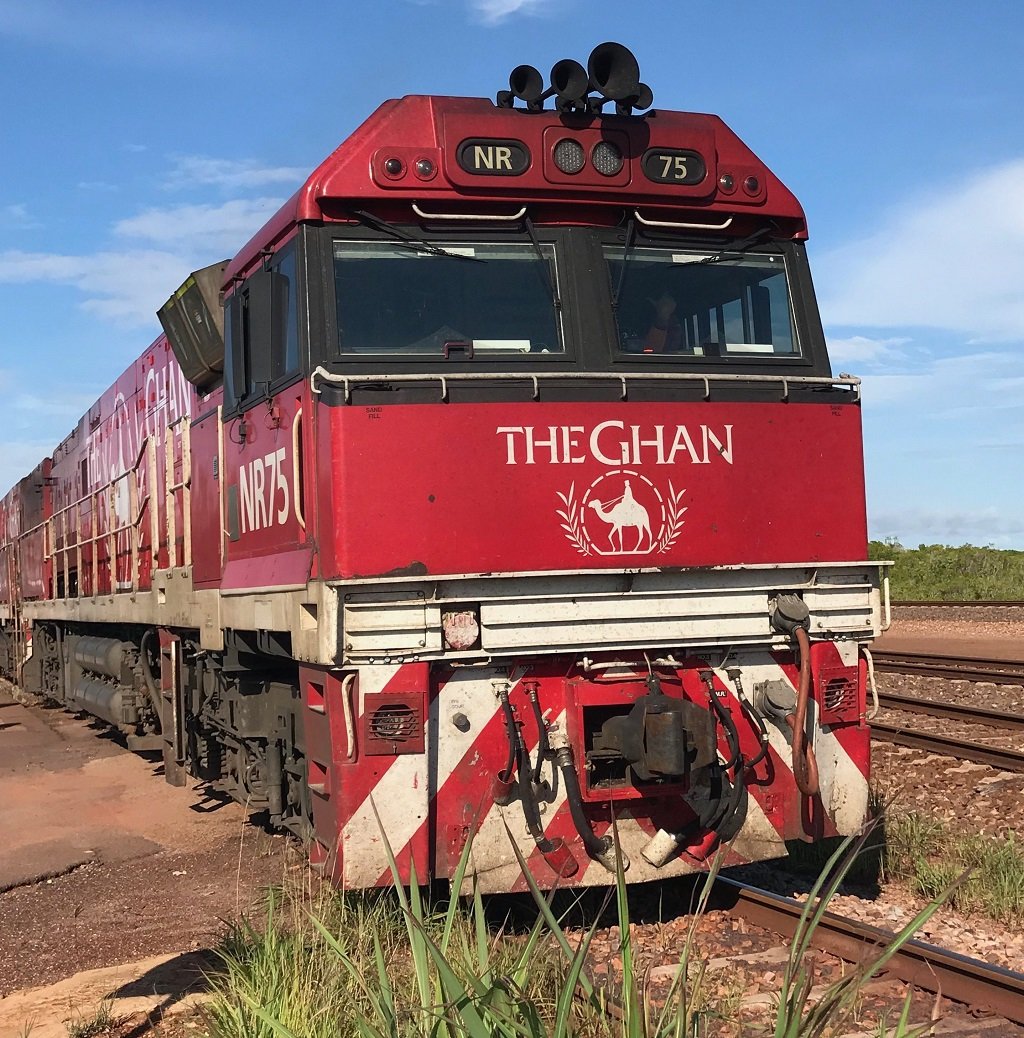 The Ghan Train Journey: 3-days through the Heart of Australia 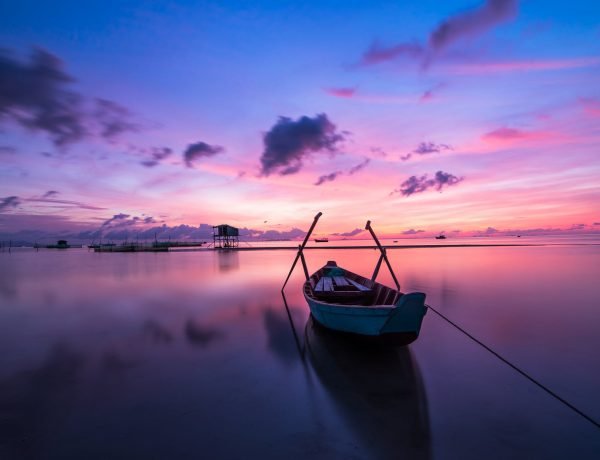 21 Incredible Photos of Vietnam to Inspire Your Next Big Trip

This would be a stunning place to walk through!

It really was, it just kept on going and every single building had a mural on it!

Looks awesome, especially with the mountains in the background.
Great pics.

Thanks, it was a really unique place to visit.

Wow, look at all that street art! I hope to explore Tasmania one day myself. It is going to have to be a long trip, though!

Yes, I included it in 6 weeks travelling around Australia. Tasmania was by far my favourite part of OZ.

oh I can’t wait to get back to Tasmania – and I’ve never visited this town, thanks for the tips.

I’m a sucker for street art and these murals are wonderful! I think like you my favourite has to be the mural depicting all the Tassie animals, what a talented artist! Incidentally was there much information about the artists, I’d be interested to find out more about them.

No there wasn’t any directly visible around the murals however I’m sure the net would have something about some of them. There is an annual competition for new artists to submit a mural. I would love to be there to be part of that. It was such a lovely town

How To See The Very Best of Monaco in One Day

Enjoyed a lovely lunch @kaya_horsham today. With a

I’m back! Thanks for all your kind DM’s asking

Have you visited London this Christmas. I have to

Last night I was invited to @leonardsleeilluminate

Has the rise in Omicron cases changed your Christm

#christmasinlondon is just so magical . . #regent

Best Places in Europe for a Weekend Break

Best Cradle Mountain Accommodation for a Wilderness Break in Tasmania